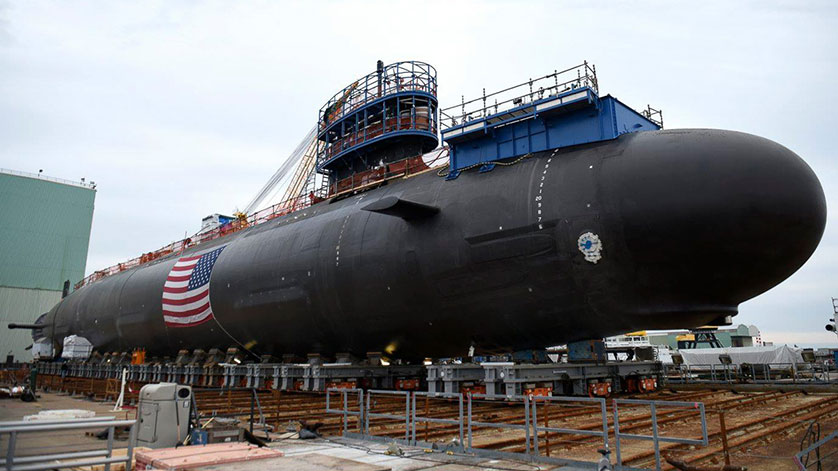 The Navy accepted delivery of the future USS Colorado (SSN 788), the 15th submarine of the Virginia-class, Sept. 21.

The submarine's sponsor is Annie Mabus, daughter of the 75th Secretary of the Navy Ray Mabus.

The ship began construction in 2012 and is scheduled to commission in spring 2018. This next-generation attack submarine provides the Navy with the capabilities required to maintain the nation's undersea superiority.

The submarine will be the fourth U.S. Navy ship to be commissioned with the name Colorado. The first Colorado was a three-masted steam screw frigate that participated in the Union Navy's Gulf Blockading Squadron that fought in the Second Battle of Fort Fisher with then-Lt. George Dewey serving as her executive officer.

In the early years of the 20th Century, the second Colorado (ACR-7) was a Pennsylvania-class armored cruiser that escorted convoys of men and supplies to England during World War I. The third ship of her name, the lead ship of the Colorado class of battleships (BB-45), supported operations in the Pacific theater throughout World War II, surviving two kamikaze attacks and earning seven battle stars.