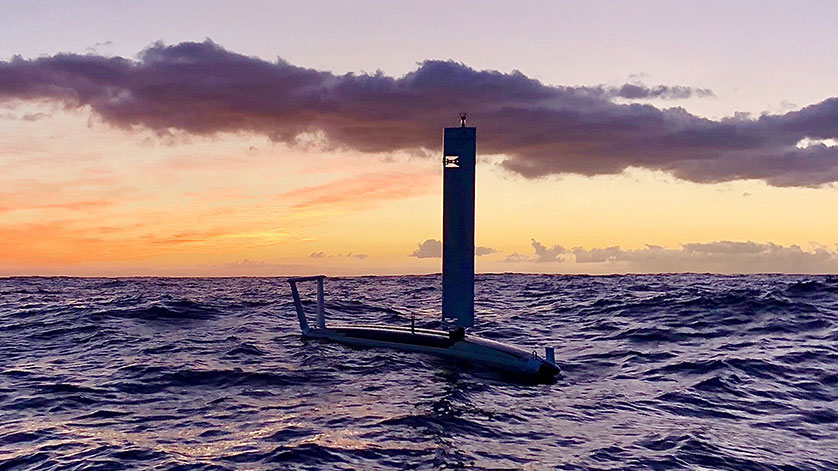 Ocean Aero, Inc.—builder of environmentally-powered, autonomous, unmanned, underwater and surface vehicles (AUUSV)— has secured multi-million-dollar strategic investments from both Lockheed Martin Ventures and Energy Innovation Capital (EIC) in a Series B funding round.

This is Lockheed Martin Ventures’ second investment in Ocean Aero and the initial investment for EIC in the unmanned maritime systems market. Both companies join Teledyne Marine as the primary investors behind Ocean Aero.

Lockheed Martin Ventures’ investment continues to increase the company’s maritime capabilities with a focus on intelligence, surveillance and reconnaissance (ISR). EIC will provide Ocean Aero with significant growth opportunities in the energy and other commercial sectors.

“Since our initial investment in Ocean Aero last September, the company has continued to make great progress with the development of its unique technology,” said Chris Moran, executive director and general manager of Lockheed Martin Ventures. “The additional investments will allow Ocean Aero to scale its production capabilities and meet the diverse set of demands of a growing customer base using environmentally-powered, autonomous systems.”

Along with EIC’s investment, Kevin Skillern, a managing partner of the company, will join Ocean Aero’s Board of Directors.

Built for persistence, speed, and environmental efficiency, the Submaran also recently completed a rigorous, 11-day endurance test, autonomously navigating its way along the California coast from Monterery Bay to the Channel Islands near Long Beach.

“We couldn’t ask for better partners than Lockheed Martin, EIC, and Teledyne Marine,” says Eric Patten, CEO of Ocean Aero. “Their financial support, operational guidance, and business development assistance provides us with the ability to scale our operations to a level needed for the coming years. We have a very bright outlook in the short and long terms.”

While Lockheed Martin has provided funding to venture stage companies since 2007, it refocused in 2016 to long-term, strategic investments in technology innovations that could drive growth in existing and new markets for the company. The fund invests primarily in early-stage companies, and its technology priorities include autonomous systems and robotics, cyber security, artificial intelligence, advanced electronics and sensor technologies.

EIC represents one of the most experienced and proven group of investors in energy innovation. They have been directly involved as investors, entrepreneurs and advisors with hundreds of energy technology companies, including GE, ConocoPhillips, Energy Technology Ventures and Chevron. For more information, click here.