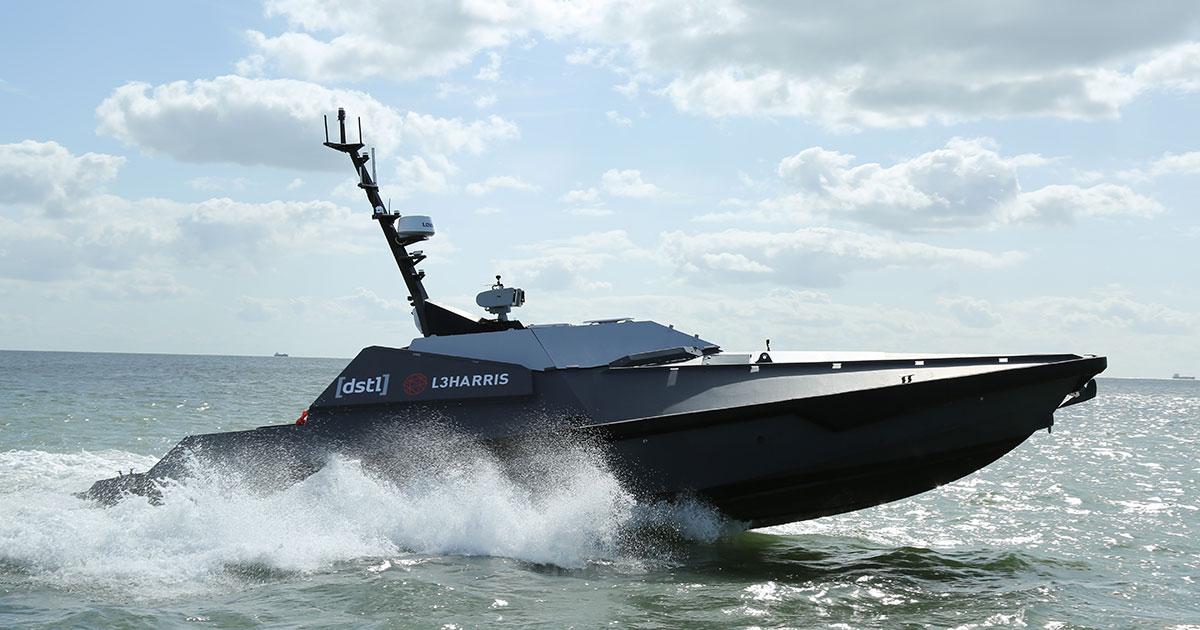 L3Harris Technologies has delivered a new class of Autonomous Surface Vehicle (ASV) with advanced capabilities to enable the United Kingdom’s Royal Navy to understand how to maintain a technical advantage over potential adversaries.

Designed, built and commissioned by L3Harris’ Unmanned Maritime Systems team based on the south coast of the UK, MAST 13 was officially launched on 11th September at DSEI in London. The system carried out unmanned surveillance and force protection in the Victoria Dock at DSEI.

“MAST 13 reflects the increased use of unmanned systems in the military domain. This vehicle serves as a test platform to support new concepts for the Royal Navy, allowing them to exploit unmanned systems and maintain a technical advantage,” said Alasdair Gilchrist, Above Water Systems Program Manager, DSTL.

Since 2014, L3Harris and DSTL have collaborated to develop ASVs that support new concepts for the Royal Navy and act as a testbed for innovative technologies.

Predecessor MAST systems developed by L3Harris and DSTL have carried out numerous high-profile operations, including the Royal Navy’s Unmanned Warrior in 2016 and the Australian Defence Showcase, Autonomous Warrior in 2018. MAST 9 is currently in Portugal for the NATO exercise ‘REPMUS.’ The high-speed vessel is operating autonomously, beyond line-of-sight, to carry out reconnaissance, interdiction and patrol tasks.