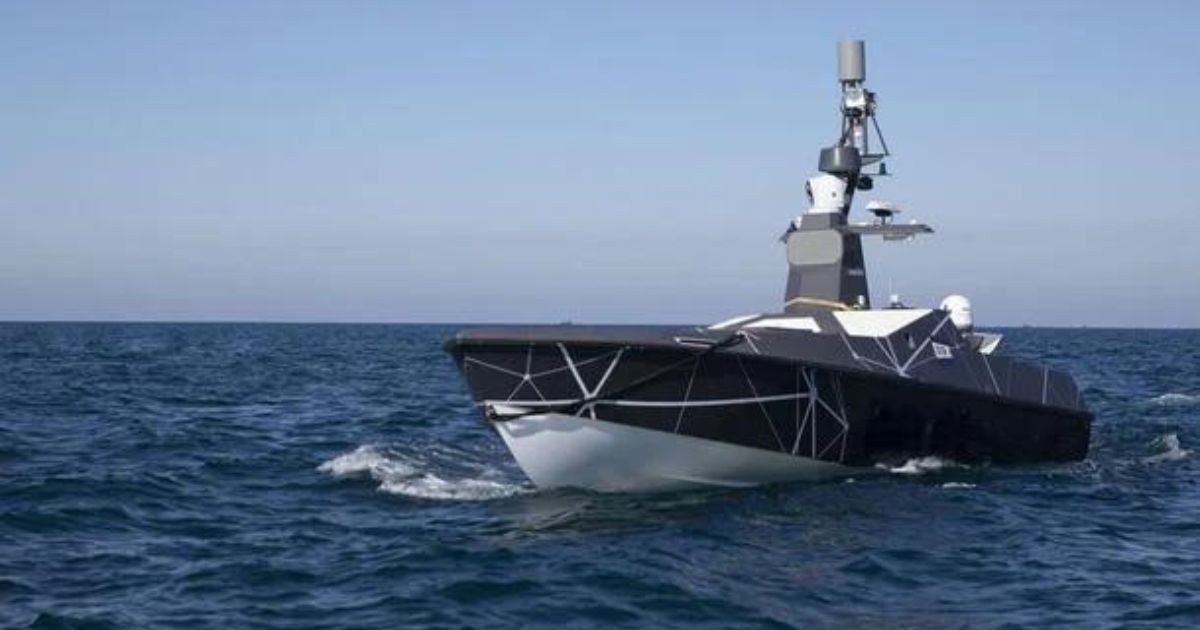 Working with partners in the Middle East, L3Harris showcased the operation of the MAST-13 Scarab autonomous vessel in the United Arab Emirates in waters off Abu Dhabi. During the demonstrations, the MAST-13 Scarab collected and shared data in real-time from integrated onboard sensors with the L3Harris team at AW22 in Jervis Bay, Australia. The demonstration featured live video and control data with operators 7,500 miles away and proved the ability of uncrewed vessels to provide Intelligence, Surveillance and Reconnaissance (ISR) data to mission commanders globally.

During the exercise, the MAST-13 Scarab was operating uncrewed near Abu Dhabi and was remotely monitored by the team in Jervis Bay. The user interface for the ASView™ control system was mirrored between the two locations, each with the ability to monitor the vessel and view live sensor and video data. The vessel operated continuously for two days during the exercise showcasing the ASView control systems’ proficiencies. ASView enables autonomy on new and existing vessels and can provide a range of control options from direct remote control to full collision regulation-aware autonomy.

The vessel was set in a simulated patrol mission and used its cameras and radar systems to monitor activity in the area. The integrated system enabled operators to visually see tracks that were presenting as an Automated Indication System (AIS), with installed EO/IR cameras, as a radar track, or as a fusion of the installed sensors. This feature enabled operators to immediately identify these contacts by AIS, radar and visually to determine if these contacts were a potential interest, potential threat or are part of the routine surface picture for the patrol area.

During AW22, the demonstration emphasized the state-of-the-art of autonomy and the system’s ability to share data with multiple control locations and provide real-world situation awareness across the world.

Following the RAN’s contract award for L3Harris to convert RAN Patrol Boat HMAS Maitland to an autonomous patrol boat, AW22 provided a real-world example of the benefits of unmanned surface vessels and the critical role they can serve in providing maritime security operations. MAST-13 Scarab’s participation in AW22 increased the RAN’s interest in the MAST-13 platform as well as L3Harris’ autonomous solutions – creating opportunities to further expand globally.

As the leader of autonomous maritime systems, L3Harris is transforming future missions with its family of autonomous surface and optionally manned vessels. L3Harris' industry-leading surface autonomy technology, the ASView control system, enables unmanned operations or remote operations from a land-based control station to execute pre-programmed mission plans and real-time operations. ASView is L3Harris' proprietary Autonomous Surface Vehicle control system. The system has been developed and augmented specifically for autonomous and remote control of unmanned vehicles and the conversion of manned vessels for unmanned use. Our technology redefines operational capability by enabling higher-risk missions, expanding operational reach, and extending passive communications. ASView has been delivered on over 125 vessels to date and is in operation on vessels from 2 to over 70-meters.

MAST-13 Scarab is a 13-meter fast interceptor vessel capable of operating at over 40-knots and an endurance of over 36 hours. The platform was developed as an ISR system platform with a range of integrated sensors including EO/IR Pan-Tilt-Zoom camera, radar and AIS. The vessel is powered by twin diesel engines with waterjet propulsion, enabling high maneuverability and high speed.