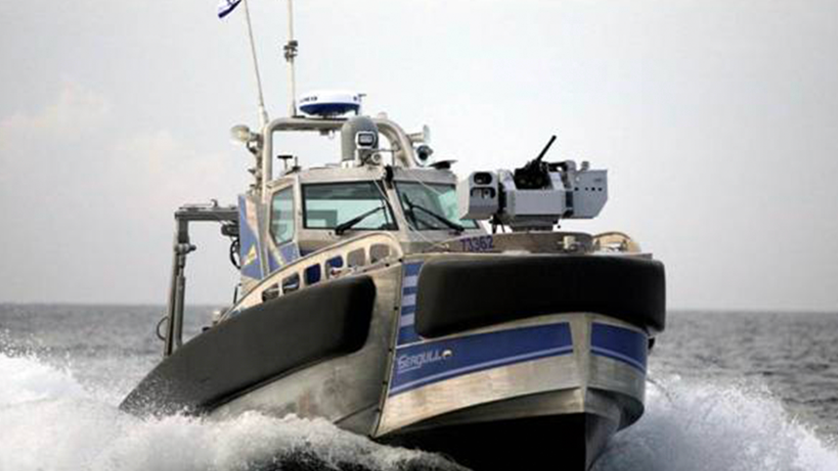 This past week Elbit unveiled a state-of-the-art Unmanned Surface Vehicle (USV) named “Seagull”. The Seagull USV is a multi-mission platform boasting high autonomy levels and modular features, allowing it to be rapidly reconfigured for a wide array of missions – including anti-submarine warfare and mine countermeasures.

“Elbit’s Seagull USV is one of the most advanced ocean drones in the world – one that will save lives,” said Karl Kenny, President of Kraken Sonar. “When our Synthetic Aperture Sonar is integrated on Elbit’s Seagull USV, the system can provide remotely operated, unmanned, end-to-end mine hunting operations. These ocean drones can detect very small objects hidden on the seabed and enter confined spaces where underwater explosives are likely to be hidden. Since robotic systems can be remotely operated their use can remove people from very dangerous missions - in essence, taking the sailor out of the minefield.”

The Seagull is a 40-foot autonomous launch that can be fitted with mission modules for Anti-Submarine Warfare (ASW), Mine Counter Measures (MCM) and force protection / patrol, including a stabilized, remotely operated .50-caliber machine gun and wire-guided torpedoes for stand-off destruction of naval mines and underwater Improvised Explosive Devices.

The new maritime warfare system is the latest product to emerge from Elbit Systems Inc. The company has considerable experience in unmanned surface vessel systems, including the 30-foot Silver Marlin and the 10-foot Stingray USV platforms, plus a 30-year track record with unmanned aerial vehicles.

The highly autonomous and safe sailing suite includes a patented navigation system, with obstacle avoidance, which considers the international regulations for preventing collisions at sea. 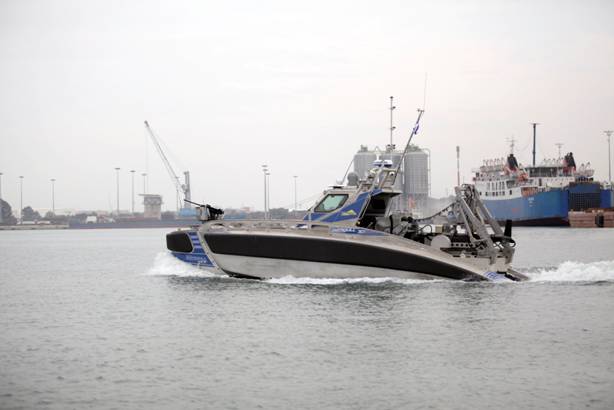 The Seagull USV measures 12 metres (39 feet, four inches) in length, has a top speed of over 35 miles per hour (60 kilometres per hour) and can carry a two-and-a-half ton payload.

The underwater defence market is evolving rapidly; responding to changing threats, tensions in the Middle East and Asia, economic and budgetary pressures and a growing trend by emerging navies to deploy asymmetrical weapons. As an example, today’s diesel-electric submarines are quickly becoming one of the biggest threats to naval operations and the $2 trillion commercial shipping industry.

Compounding the threat from stealthy submarines are the hazards posed to worldwide shipping from naval mines and underwater Improvised Explosive Devices (IEDs). A naval mine is a self-contained explosive device placed in water to damage or destroy ships or submarines. A contact mine requires a ship to come into contact to detonate. An influence mine requires a ship to change the localized magnetic, acoustic or pressure influences to detonate.

Like roadside bombs on land, naval mines are a cheap way to undercut naval might. Since World War II, mines have sunk or crippled 15 US Navy ships, more than all other weapons put together. Two influences mines crippled the $1 billion USS Princeton, a US Navy guided missile cruiser, in the first Gulf War 25 years ago.

There are an estimated 80,000 mines in the Baltic that were left over from the two World Wars. Some are still live. Although their fuses are not active, the explosive material is still there. If something happens to touch them, they can explode. As recently as 2005, one such mine killed three Dutch fishermen — a murderous reminder of how deadly mines can be, and for how long.

There is one big difference from World War II - the modern naval mine threat is much more sophisticated. Today, stealthy mines made of composite materials in sonar-deflecting shapes lurk amidst the clutter of the sea floor. There are buried mines covered by layers of sand, mud and silt. There are “rising mines” that wait in deep water for a ship to pass overhead, then ascend until they’re within range to fire a torpedo. There are reports that China is working on an anti-aircraft mine that can detect a low-flying helicopter and launch a missile at it. Iran is reported to own over 6,000 naval mines, North Korea has 50,000, China 100,000 or so and Russia is estimated to own over 250,000. There could be well over 500,000 naval mines in worldwide military inventories.

For over a century, clearing mines has been a brutal, crude and close-up business. For over twenty years, leading navies have been increasingly investing in technologies to “keep the sailor out of the minefield” by deploying unmanned systems, both underwater and on the surface.

Until recently, conventional side scan sonars have been the leading technology for detailed mapping and imaging of the seafloor. However, Kraken’s revolutionary sonar technology called Miniature Interferometric Synthetic Aperture Sonar (MINSAS) is now commercially available and is especially well-suited for military mine hunting missions. MINSAS delivers ultra-high seabed image resolution (3 cm), simultaneously co-registered 3D bathymetry and superior area coverage rates. The ability to generate centimetre-scale sonar resolution in all three dimensions has the potential to provide significant improvements in the detection, classification and identification of small seabed objects such as underwater mines and IEDs.

From a platform perspective, towed sonar systems have the benefit of acquiring sonar data to operators at high speed and in real-time. This is a critical feature for mine-hunting operations to enable the earliest possible identification and classification of underwater threats. Onboard processing enables real-time analysis of sonar data, significantly reducing post mission analysis time.

Placing a survey sensor - such as Kraken’s Miniature Synthetic Aperture Sonar - closer to the seafloor will result in the acquisition of much higher resolution data. When the sensor is integrated to a high speed, intelligently stabilized towed platform such as KATFISH, better quality data is acquired at a faster rate, thus improving efficiency and lowering both operational and data acquisition costs. KATFISH provides the highest resolution seabed pixels at the lowest cost compared to any other competing survey sonar platform.