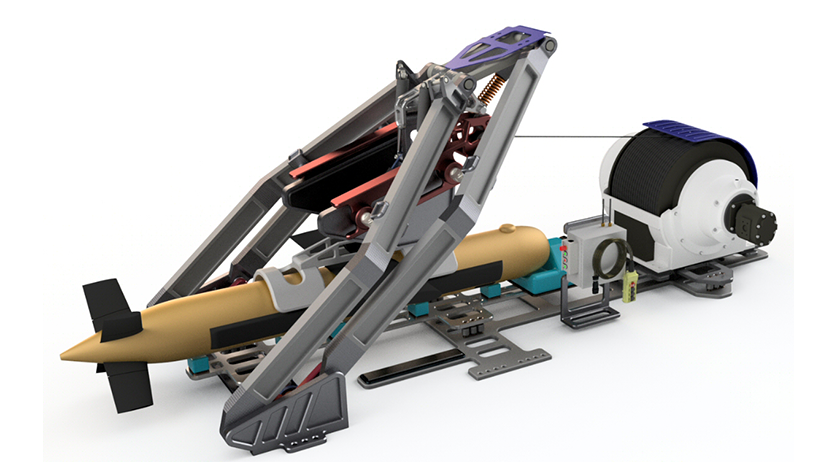 Kraken Sonar Inc. announced that its wholly-owned subsidiary, Kraken Sonar Systems Inc., will receive a non-refundable financial contribution of up to $485,000 from the National Research Council of Canada Industrial Research Assistance Program (NRC-IRAP).

In addition to technical and business advisory services provided by NRC-IRAP, the funding is being used to develop Autonomous Launch and Recovery Systems (A-LARS) for Unmanned Maritime Vehicles. The initial A-LARS is being designed to support Kraken's KATFISH Synthetic Aperture Sonar underwater towbody.

Karl Kenny, Kraken's President and CEO, said, "In both military and commercial markets, unmanned surface and underwater vehicles are the way of the future and present a wide range of revenue opportunities. Having in-house capability to design and manufacture Autonomous Launch and Recovery Systems will add significant benefits as we continue to evolve our Sensors-to-Systems strategy. This funding will also help position our office in Nova Scotia for potential handling systems work scope related to the Canadian Surface Combatant program. NRC-IRAP has been a tremendous partner to Kraken and we are very grateful for their continued support."

The NRC funding will be used to expand Kraken's Handling Systems Division that is based in Dartmouth, Nova Scotia. This group is led by Mr. Bill Spencer who has extensive experience in the aerospace and ocean engineering fields. Bill was recently the Engineering Manager at Rolls-Royce Naval Marine and responsible for the development of advanced launch and recovery systems used by a wide variety of military, commercial and ocean science customers.