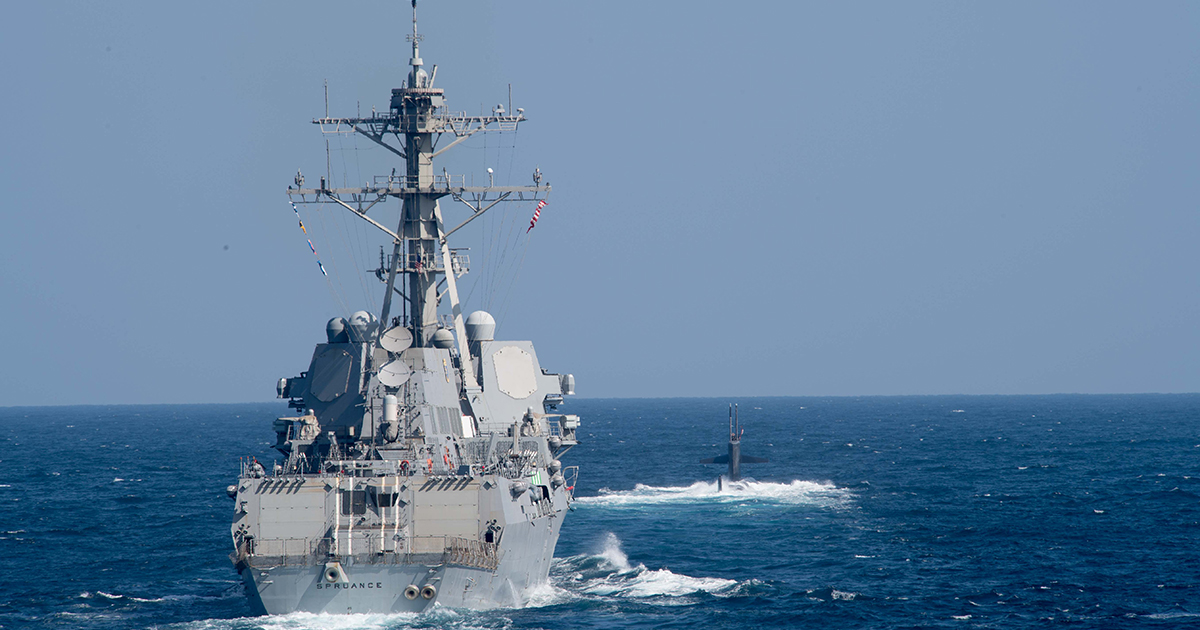 “SHAREM provides a great opportunity for realistic training, strengthening the maritime relationship between France, Australia and the U.S. as our forces work together to refine and develop anti-submarine warfare tactics,” said Lt. Ryan Miller, lead exercise planner from U.S. 5th Fleet’s Task Force 54. “We are stronger when we work together.”

The exercise put the ships through several structured events to collect data and train Sailors against a known adversary. The ships then tested their offensive prowess by tracking and prosecuting the submarine in a “freeplay” event.

In the culminating event, the warships defended the supply ship, Richard E. Byrd, from a submerged threat with conducting replenishment operations. The SHAREM program focuses on developing anti-submarine warfare in the surface community by reviewing performance and tactics and recommending solutions to warfighting gaps. Task Forces 54 and 50 led segments of the exercise.

TF 54 is the submarine force in the U.S. 5th Fleet area of operations, and commands operations of U.S. submarine forces and coordinates theater-wide, anti-submarine warfare matters. Their mission covers all aspects of submarine operations from effective submarine employment to safety and logistics.

Stockdale and Spruance are both part of the John C. Stennis Carrier Strike Group, which serves as Task Force 50 while deployed to the U.S. 5th Fleet. Their participation and SHAREM 195 is a part of the U.S. 5th Fleet’s theater security cooperation engagement plan to improve interoperability with partner nations, while ensuring maritime security.

U.S. 5th Fleet area of operations encompasses about 2.5 million square miles of water area and includes the Arabian Gulf, Gulf of Oman, Red Sea and parts of the Indian Ocean. The expanse is comprised of 20 countries and includes three critical choke points at the Strait of Hormuz, the Suez Canal and the Strait of Bab al-Mandeb at the southern tip of Yemen.