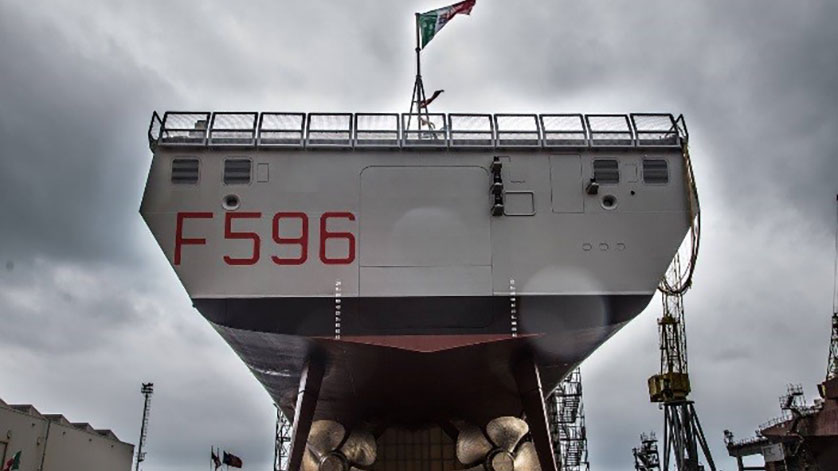 In addition to the Italian FREMM frigates, the DCNS shipyard in Lorient, France, is well underway with a 10-ship program that also uses the same 35-megawatt LM2500+G4 gas turbine. Eight of the FREMM frigates are for the French Navy (three are commissioned), and single ships have been delivered to the Moroccan and Egyptian Navies.

The FREMM frigate is also being considered by other international navies including Australia and Canada; both have extensive experience and an established logistics support program in place for GE LM2500-family gas turbines.

GE’s marine gas turbine business is part of GE Aviation and is headquartered in Cincinnati, Ohio. GE is one of the world’s leading manufacturers of marine propulsion products, systems and solutions including aeroderivative gas turbines ranging from 6,000 to 70,275 shaft horsepower/4.5 to 52 megawatts. These gas turbines reliably operate the world over in some of the most arduous conditions in temperatures ranging from -40 to 120oF/-40 to 48oC. For more information, visit.