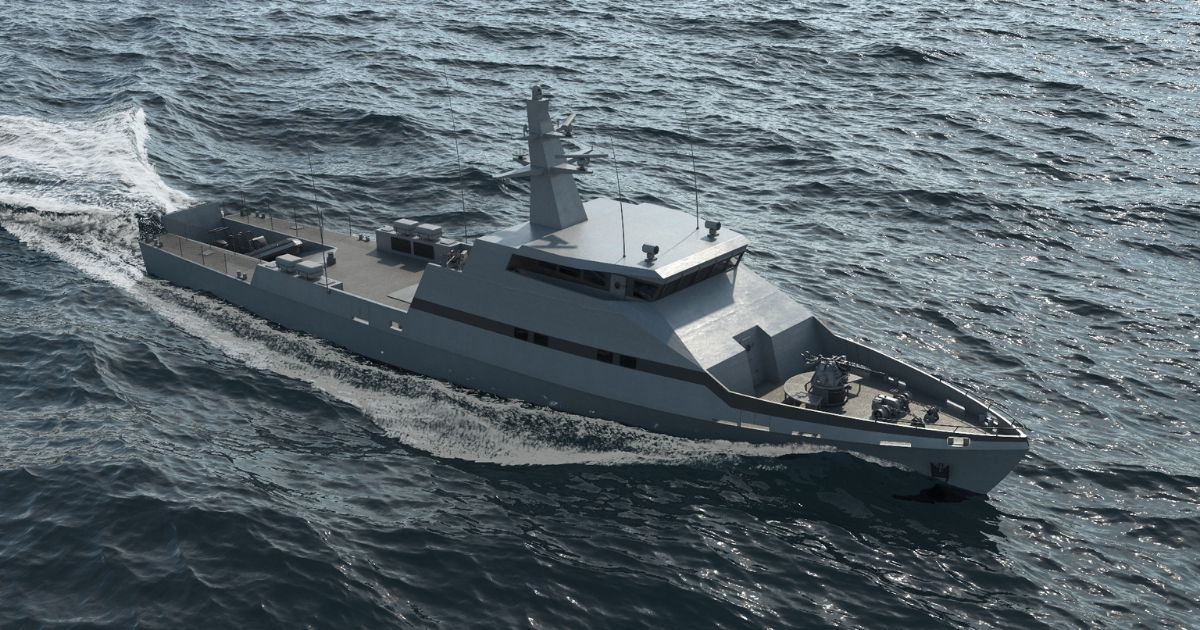 Israel Shipyards ‒ one of the largest privately owned shipbuilding and repair facilities in the Eastern Mediterranean ‒ announces an agreement with an African navy for the supply of two OPV 45 offshore patrol vessels.

The vessels were designed for a wide range of missions, including protection against the increasing threat of piracy in the region.

The OPV 45s will be equipped with day/night observation systems as well as stabilized weapon systems, both Israeli-made, which will maximize the effectiveness of the vessels during their various missions.

The agreement includes ongoing support and training of the technical and operational teams as well as the creation of a maintenance program within the framework of the company’s Integration Logistic Support (ILS) services.

The OPV 45 is designed for a wide range of naval, para-military and HLS missions. It enables open sea patrol and surveillance and supports a wide variety of offshore missions such as the protection of facilities and EEZs, anti-terror/smuggling/illegal activity interdiction, intervention force boarding/landing, close-range naval combat operations, and enhanced search and rescue missions. The OPV 45 can also be equipped for minimizing illegal immigration transits, fishing protection and control, and anti-pollution activities.

According to Eitan Zucker, CEO of Israel Shipyards, “Since the launch of the OPV 45 vessel at the IMDEX exhibition in Singapore last year, navies around the world have expressed great interest in this new vessel due to its cost-effectiveness and suitability for a wide range of missions. We believe that this vessel will make a significant contribution to maritime border protection in Africa.”