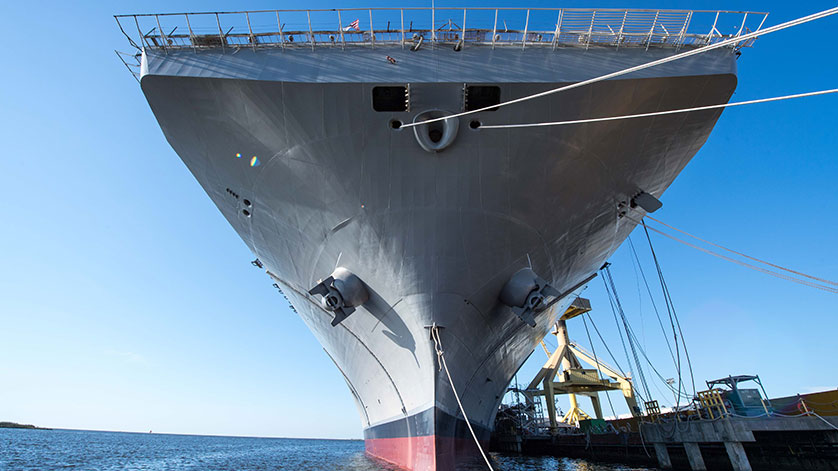 Huntington Ingalls Industries’ Ingalls Shipbuilding division launched the amphibious assault ship Tripoli (LHA 7) from its floating dry dock on May 1. The launch was accomplished 13 weeks ahead of the original construction schedule.

“Ingalls has been the Navy’s large-deck amphib builder since the early 1970s,” said Ingalls Shipbuilding President Brian Cuccias. “Our vast knowledge and experience in the design and construction of these great ships is paying dividends—not only for the American taxpayer, but also for the Navy-Marine Corps team and the sailors and Marines who will be operating these important warships in defense of our country.”

Tripoli, the second of the America-class amphibious assault ships, was translated to the company’s floating dry dock on April 8 and, after some prep work on the ship’s hull, was launched on Saturday. The next ship in the class, Bougainville (LHA 8), is scheduled to start construction in late 2018.

Ingalls is currently the sole builder of large-deck amphibious ships for the Navy. The shipyard delivered its first amphibious assault ship, the Iwo Jima-class USS Tripoli (LPH 10), in 1966. Ingalls has since built five Tarawa-class (LHA 1) ships, eight Wasp-class (LHD 1) ships and the first in a new class of ships, America (LHA 6).