How Much Funding Do Unmanned Vehicles Receive in the Newly Signed Defense Budget? 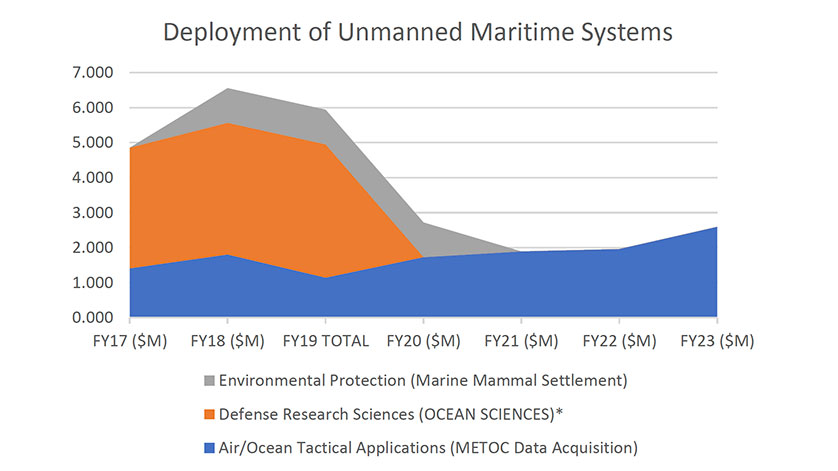 The Act also reflects a greater emphasis on unmanned vehicles, including in the marine domain. Not only does it fund the development of several such vehicles, it directs the President of the United States to submit to Congress a report indicating whether he has raised the issue of unmanned (and other) systems with the Russian Federation under the new START Treaty. This includes the Russian nuclear-armed autonomous underwater vehicle (AUV) known as “Status 6.”

According to a report by David Klein of the Association for Unmanned Vehicle Systems International (AUVSI), the requested funding for all unmanned maritime vehicles in FY2019 totals $1.3 billion across all agencies in the DoD.

Each of the three main services show increases in funding from FY2018 to FY2019 with the Army showing the largest growth followed closely by the Navy. The Navy has the largest budget request for unmanned systems and the highest number of unique programs. The Navy is working to provide solutions for interoperability and teaming of unmanned vehicles across multiple domains as they support over half of the projects involving operations in all domains (air, ground, and maritime).

The MK18 UUV (Unmanned Undersea Vehicle) has the largest funding request for unmanned maritime vehicles with $75 million in FY2019. The MK18 family of systems (FOS) consists of the mod 1 (modified REMUS 100 UUV) and mod 2 (modified REMUS 600 UUV) and are used mainly for Mine Counter Measure (MCM) operations by the U.S. Navy. Over 95 percent of the total MK18 funding is for the mod 2.

Concerning components, integrated sensors and payloads received the largest budget request. This is followed by platform development, which has the largest growth with an increase of approximately 68 percent from FY2018 to FY2019. The growing importance of autonomy on the battlefield is reflected, with over half of navigation & control projects involving or working to implement some level of autonomous operation. 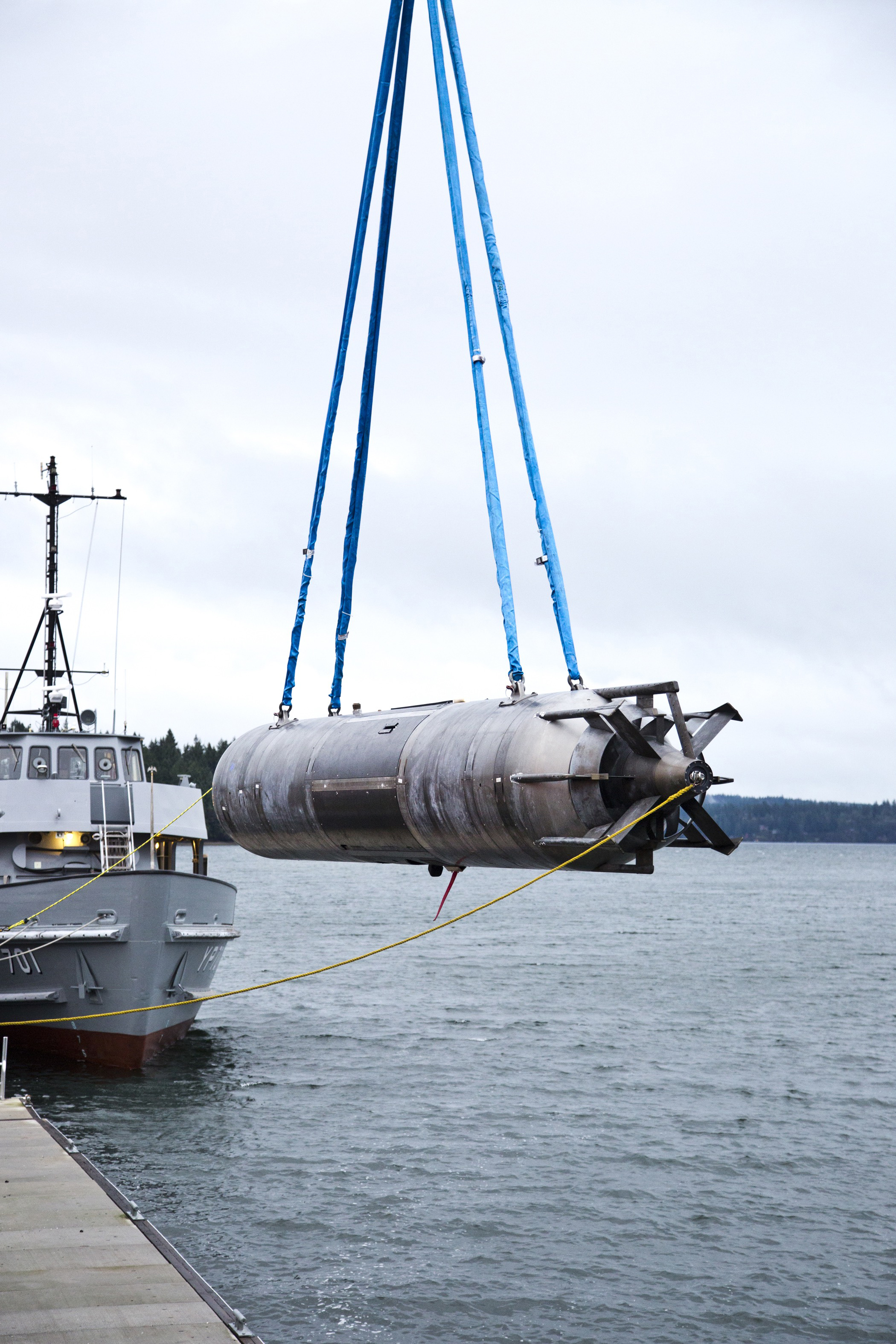 The Navy’s Undersea Warfare Applied Research program, which funds academic partnerships for undersea unmanned warfare research and energy technology has its funding increased by $20 million. However underwater explosive ordinance disposal programs, which utilize robotics, are reduced by $5.8 million. The Navy’s Large Unmanned Undersea Vehicles budget are reduced by $21 million in the signed budget. Both applied research and advanced development of innovative Naval prototypes, which includes unmanned and autonomous systems get a budget increase.

The Navy’s Large Unmanned Undersea Vehicles budget are reduced by $21 million in the signed budget.