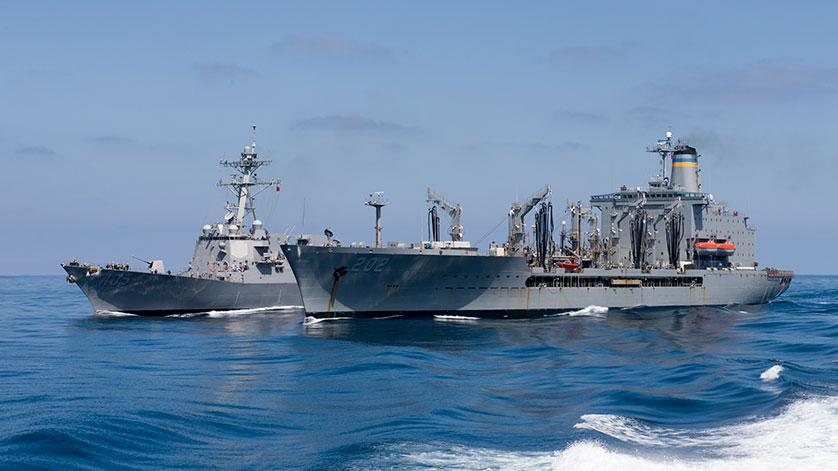 The guided-missile destroyers USS Dewey (DDG 105) and USS Sterett (DDG 104) will depart their homeport of Naval Base San Diego for a scheduled deployment to conduct operations in the Indo-Pacific region, Feb. 6.

"The Dewey crew is prepared, committed and ready to execute all tasks," said Cmdr. Anthony L. Webber, Dewey commanding officer. "We look forward to another deployment and safe return home to our love ones."

"The men and women onboard Sterett are ready to execute the mission," said Cmdr. Claudine Caluori, Sterett commanding officer. "It is an honor to lead such a talented and hardworking team."

While on deployment, Dewey and Sterett will train with forward-deployed amphibious ships across all mission areas and further refine tactics, techniques and procedures integrating with an expeditionary strike group.

After completing successful training and preparation, both ships and their respective crews are prepared for this deployment, working with their amphibious counterparts.