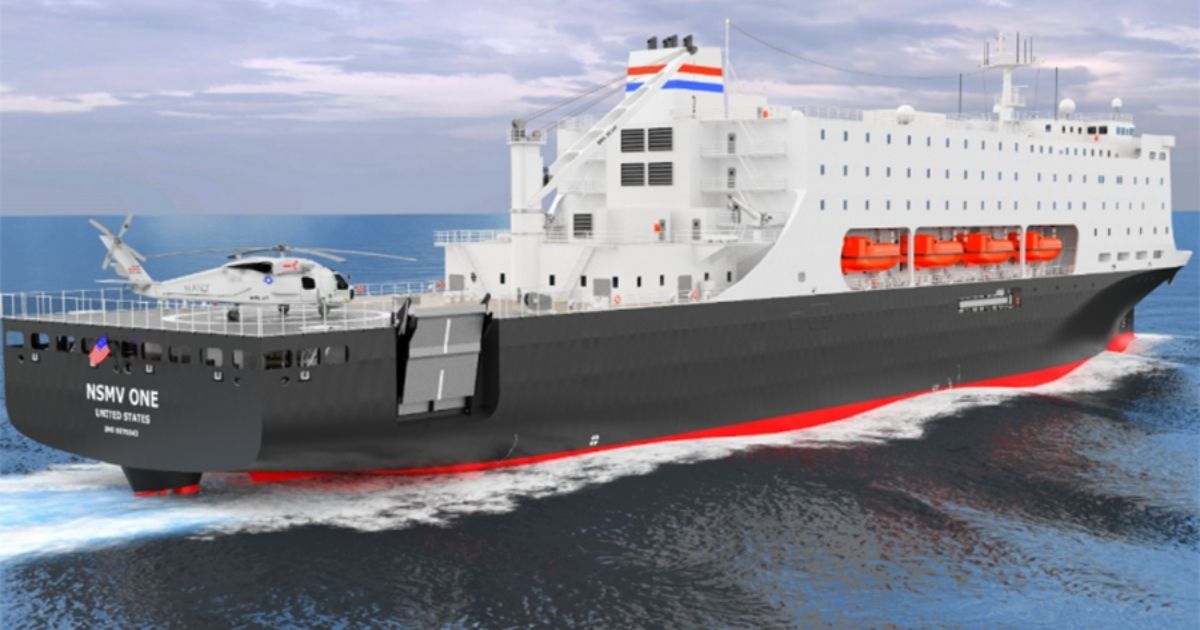 GE’s Power Conversion business has been awarded a $40 million contract to supply the power and propulsion systems for two National Security Multi-Mission Vessels (NSMVs). This new class of purpose-built ships will be used primarily to provide cadets with at-sea training on operational vessels.

GE was selected as the single-source vendor (SSV) for the ships’ propulsion system, which includes the integration of the diesel engines, generators, switchboards, transformers, main propulsion drives, propulsion motors, and auxiliary support systems. While prior training vessels used steam propulsion plants, the new ships will have an all-electric system, enabling students to be trained on the latest technology being used in the commercial marine industry.

“GE Power Conversion is honored to be selected to provide the power and propulsion systems for the two National Security Multi-Mission Vessels (NSMVs) and are equally honored to be partnering with the U.S. Government and MARAD on these vessels,” stated Gagan Sood, CEO, GE Power Conversion North America. “We will bring our long history and strong expertise to ensure the US Government and MARAD are training cadets on the latest technology available.”

In addition to introducing cadets to the work of a merchant mariner, the ships also will serve critical national security interests, including missions in support of humanitarian assistance and disaster relief throughout the world. Cadets may also benefit from learning about and working with the latest electric ship systems, gaining valuable insights in how electrification is impacting ship performance and emissions. It is an opportunity to get practical experience of GE’s electric ship technology, learning in a real, safe environment.

Planning for more ships in the works

The new ships will accommodate up to 600 cadets and instructors and provide comprehensive, instructional spaces and a full training bridge. The vessels have roll-on/roll-off (RORO) capabilities and container storage capacity as well as a helicopter landing pad, enabling them to support humanitarian aid or disaster relief if needed. The NSMV will be powered by Cummins Inc. using Wabtec’s latest 16V250 Series diesel engines, which meet the EPA’s stringent Tier 4 emission standards without using urea-based after-treatments.

The US Department of Transportation’s US Maritime Administration (MARAD) plans to contract for a total of five NSMVs, with power systems contracts estimated at more than $100 million. The first two vessels are scheduled to enter service in 2023 and 2024, The NSMVs will replace current training ships at the State Maritime Academies.

DSEC, in turn, awarded the power systems contract to GE, with GE’s Korea team providing global support during the bidding process. “This project award is the culmination of global collaboration within GE, with the Republic of Korea team working closely with DSEC, and the US team supporting Philly Shipyard,” said Steve Mankevich, who led Power Conversion’s US team on the project.

Ultimately, GE won the power systems contract with its low-risk but high-performance commercial solution. With more than 100 electric and hybrid references with 15 navies globally, GE is one of the top electric propulsion providers to navies around the world.

“We are proud to be selected for this project and will strive to ensure success by offering proven commercial technology that will de-risk the overall program,” Mankevich said. “We’re the recognized experts, and our knowledge and competence absolutely set us apart.”

Major win for US manufacturers

The US Congressional Pennsylvania delegation was particularly adamant that US-based manufacturers such as GE would be used for the ships’ construction. The R&D, engineering, and manufacturing of GE’s Power Conversion equipment for the two NSMVs will be located out of GE’s facility in Pennsylvania, according to Steve Mankevich, who led Power Conversion’s US team on the project.

Commenting U.S. Senator Bob Casey of Pennsylvania said: “This federal order will create job opportunities and economic growth in Western Pennsylvania. In my letter to U.S. Maritime Administrator Rear Admiral Mark Buzby, I advocated for contracts awarded by the Maritime Administration for its National Security Multi-Mission Vessel (NSMV) Program to include American manufacturers to the maximum extent and consequently strengthen U.S. manufacturing and contribute to our Nation’s economic recovery. I have long supported GE and I am pleased to see that the GE Power Conversion employees in Cranberry Township, Pennsylvania have been awarded this opportunity.”

In addition, U.S. Congressman Mike Kelly for Pennsylvania, CD-16 stated: “Congratulations to GE Power Conversion for winning the contract for the National Security Multi-Mission Vessels. This award will not only mean jobs in Western Pennsylvania but will help our military achieve its operational goals. Too often when people think of national defense, bullets, shells, and missiles come to mind. In reality, the technologically advanced products of GE Power that allow ships to operate in field at a high level over substantial lengths of time are just as crucial. The awarding of this contract will allow our sailors to train on the most advance American built equipment and be ready to defend our nation on the high seas.”