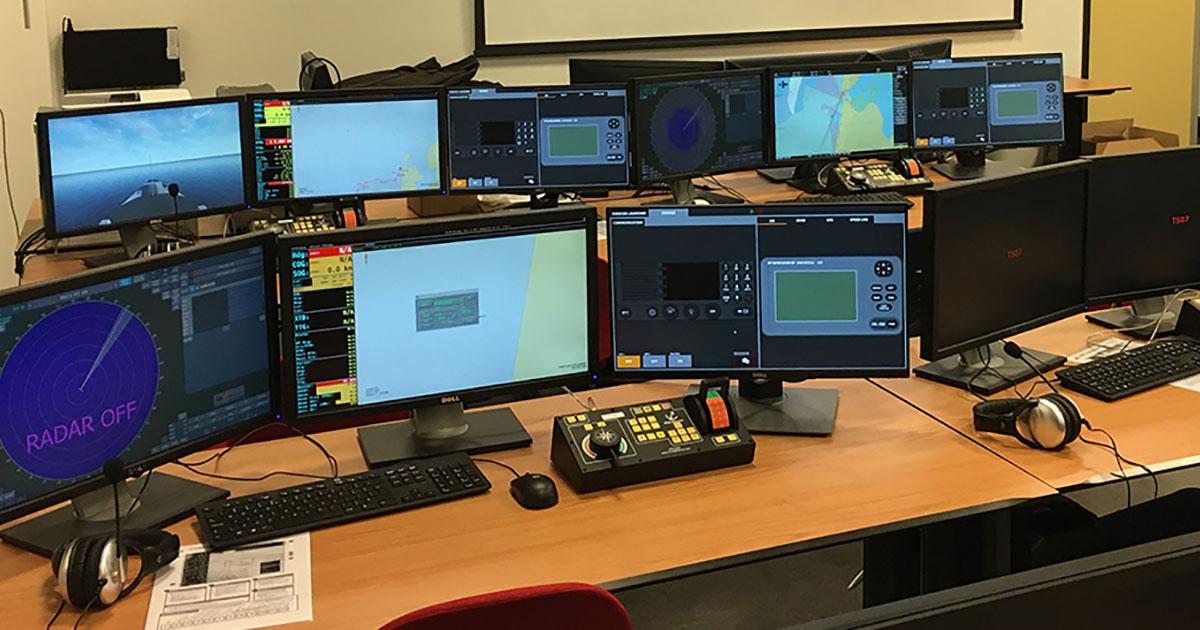 Future naval officers being trained at the Dutch Royal Institute for the Navy (KIM) in Den Helder can from now on train their navigation skills more realistically and extensively. In addition to the KIM, the Navy Sailing School also makes use of the navigation simulators.

The new Rhodium WECDIS trainer provided by RH Marine makes it possible to practice several scenarios with multiple students at the same time in the training station. Thanks to the collaboration with VSTEP Simulations, this takes place in a virtual environment. The certification of the new system makes it possible to take exams in the classroom instead of on marine training vessel Van Kinsbergen. As a result, that ship can be used more for practical nautical training.

RH Marine was one of the first companies to develop its own digital chart and information system (ECDIS) with additionally a special version for military purposes: The War Electronic Chart Display and Information System (WECDIS). The leading maritime system integrator supplied the Rhodium WECDIS to naval vessels of the Royal Dutch Navy, but never before to its training institute.

Midshipmen's navigational skills are trained in a simulation environment. All aspects of safe navigation are trained, such as mapping out routes, determining positions, keeping ships on course, avoiding shallows and preventing collisions. RH Marine's new system offers more possibilities than the old one. A total of thirteen training stations are equipped with a Rhodium WECDIS, one for the instructor and twelve for students. They can go through their own teaching program or train together in a single simulation environment. By interacting and communicating with each other, they learn how to navigate safely with several ships in the area. Additional additions include the radar images, with which students can better determine where they are in poor visibility, and a communication module with, among other things, a dual VHF radio, with which they can communicate with other training stations/ships. The virtual reality of VSTEP Simulations makes it possible to see the environment in 360 degrees, like other ships and the coast, but also fog, rain or other difficult weather conditions.

“Thanks to this upgrade, KIM can train more realistically and more extensively. Instructors can create multiple scenarios within the simulation environment and use debriefing and assessment tools to better assess the midshipmen's navigational skills,” says project leader Eric Wiecherink of RH Marine.

RH Marine is already a regular supplier of navigation, electrical and automation systems to the navy. Justin Jepkes, project leader from the Royal Dutch Navy says, "RH Marine has been a reliable and well-known partner within the Navy for many years, which is why we also entered into a partnership for this project".