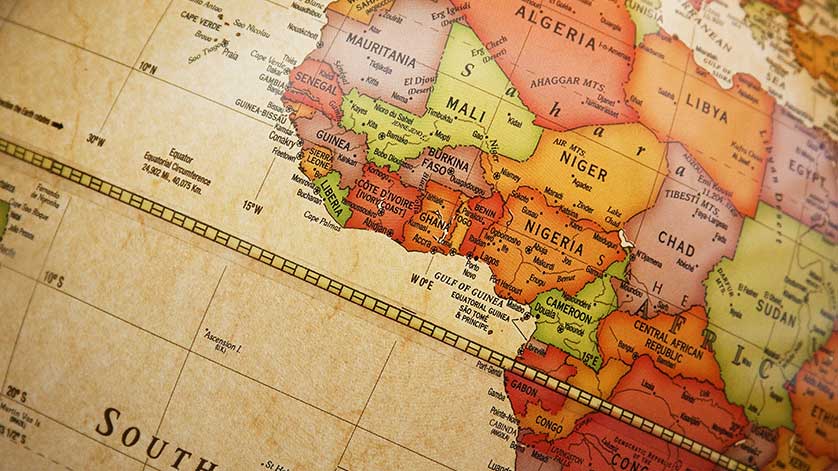 According to an article published by the Center for International Maritime Security, the rapidly expanding African maritime economy could use Unmanned Aerial Systems (UAS) to protect their assets. The Gulf of Guinea, on the edge of the Eastern Atlantic, is one key place where this technology could come into play.

Authors CAPT Chris Rawley and LCDR Cedric Patmon write, “The region contains 50.4 billion barrels of proven petroleum reserves and has produced up to 5.5 million barrels of oil per day. Additionally, over 90 percent of foreign imports and exports cross the Gulf of Guinea making it the region’s key connector to the global economy.”

Unfortunately, the negative impacts of illegal fishing activities and piracy measure in the billions of dollars annually. Add marine pollution, human, and narcotics trafficking and the barriers to progress seem even more daunting.

But a solution could exist. A summit of nations bordering the Gulf of Guinea in 2013 adopted a security declaration that resolves to create a Coordination Centre on Maritime Safety and Security for Central and West Africa and implement a new Code of Conduct Concerning the Prevention and Repression of Piracy, Armed Robbery Against Ships, and Illegal Maritime Activities in West and Central Africa.

The authors say that the resulting critical information sharing and resource cooperation “can be used to combat piracy, illegal fishing, and other illicit activities in the Gulf of Guinea.”

The challenge remains, however, of how to enforce the new Code of Conduct on the water. Enforcement depends on “the ability to identify, track, and prosecute nefarious actors on the high seas and in coastal areas. So-called maritime domain awareness is gradually improving in the area, but current options for maritime surveillance are limited.”

“Moreover, say the authors, “a shore-based radar, even with signals correlated from vessels transmitting on the Automatic Identification System, only provides knowledge that a contact is afloat, not necessarily any evidence to illicit actions.”

They recommend taking a cue from success in Latin America, where navies have “learned that airborne surveillance is simply the best way to locate, track, identify, and classify surface maritime targets involved in illicit or illegal activity.”

And because Africa currently lacks a great number of available aircraft, the authors recommend the utilization of aerial drones.

And now is the time, because “UAS are rapidly growing in capabilities while decreasing in cost. Improvements in sensors, endurance, and payload are advancing quickly. For any solution, acquisition cost, maintainability, and infrastructure required are key factors to be considered. The cost per flying hour of most UAS is negligible compared to their manned counterparts. Today’s fixed and rotary-wing systems, whether specifically designed for military use or for commercial applications, can be adapted for surveillance in a maritime environment without much additional cost.”

While the broad-range of requirements mean that no single UAS solution will fit every instance, the authors suggest that the nations could contract services from Western Partners or use a shared model, in which the previously mentioned Code of Conduct provides a framework.