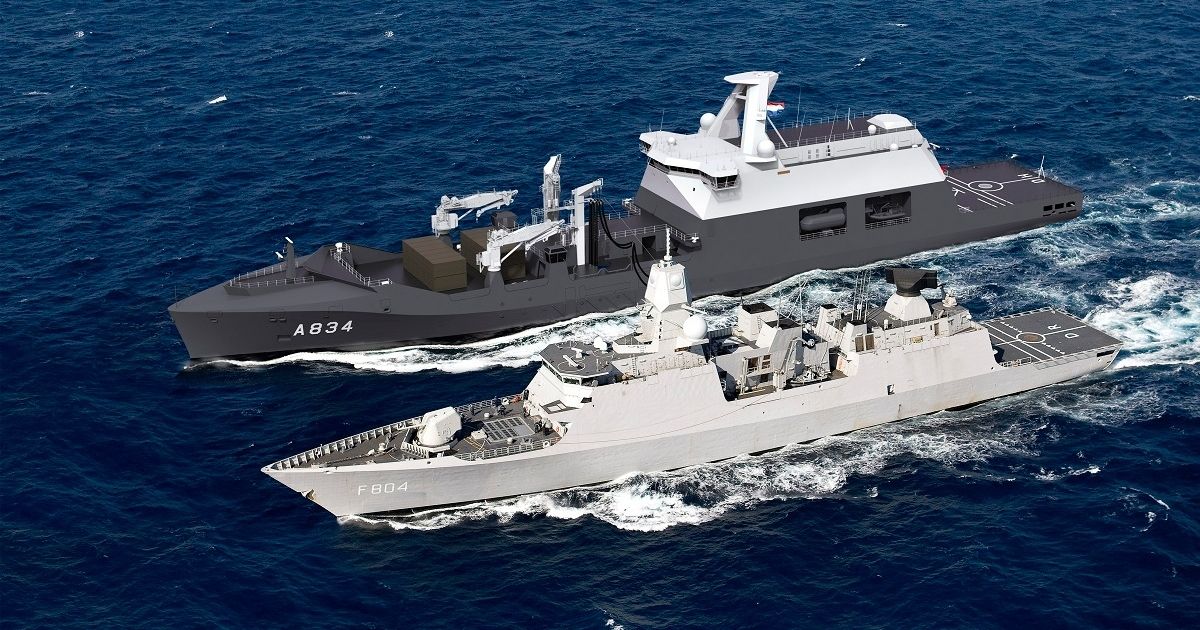 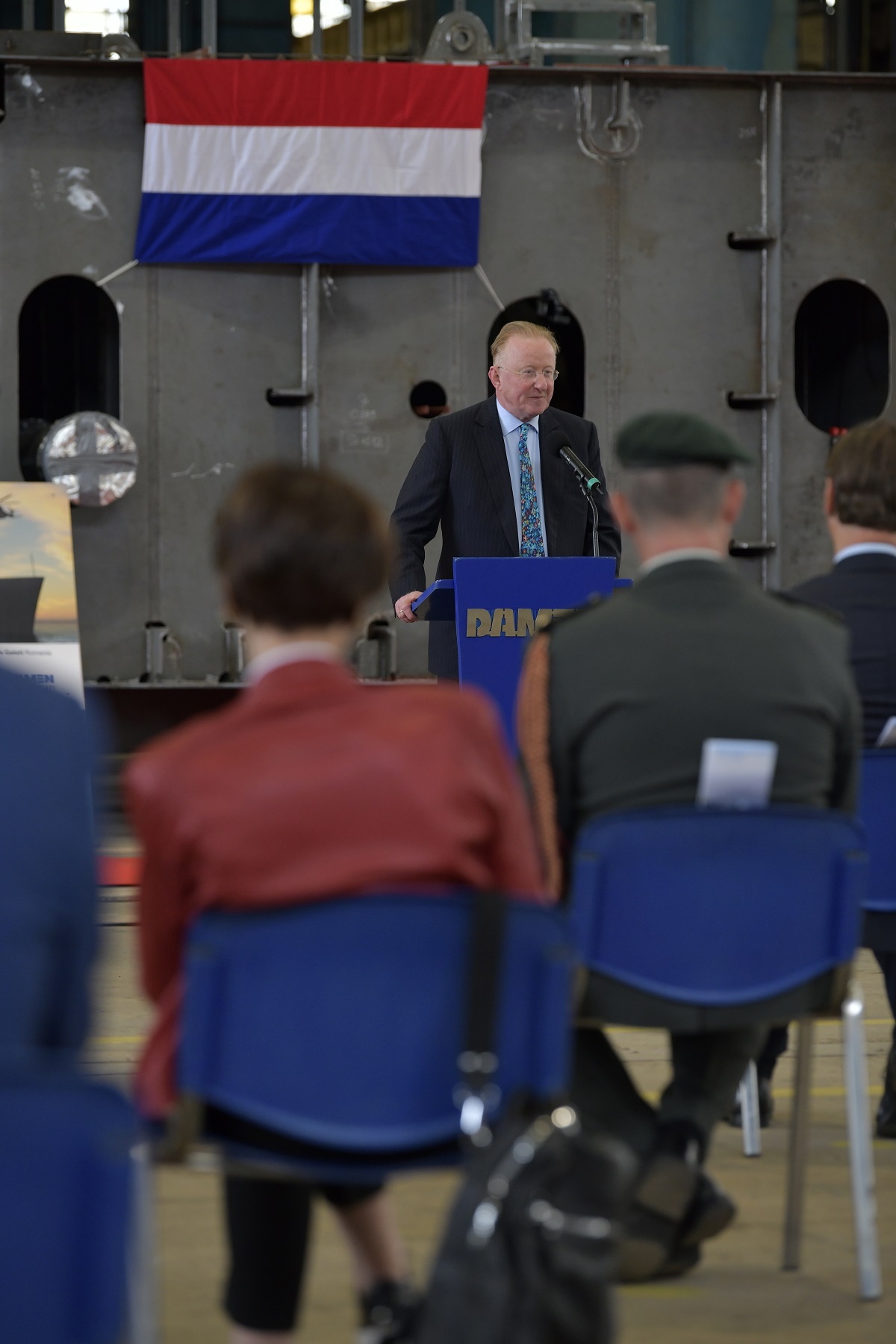 The yard carried out the steel cutting for this new vessel in December last year. Following the keel-laying, all the building blocks for the actual construction of the ship in Romania are now ready. The engineering of the CSS has been largely carried out in the Netherlands. Damen Naval division director Hein van Ameijden emphasizes that it is mainly the cooperation with companies from the existing naval construction chain that makes the innovative construction of Dutch naval ships possible: “More than a year after signing the contract for this ship, Damen Naval has concluded 116 purchase contracts, of which 82 are with Dutch suppliers. These are with companies coming mostly from the Rijnmond and Zeeland areas. It is this entire chain of companies that contributes to the construction of this new ship for the RNLN.” 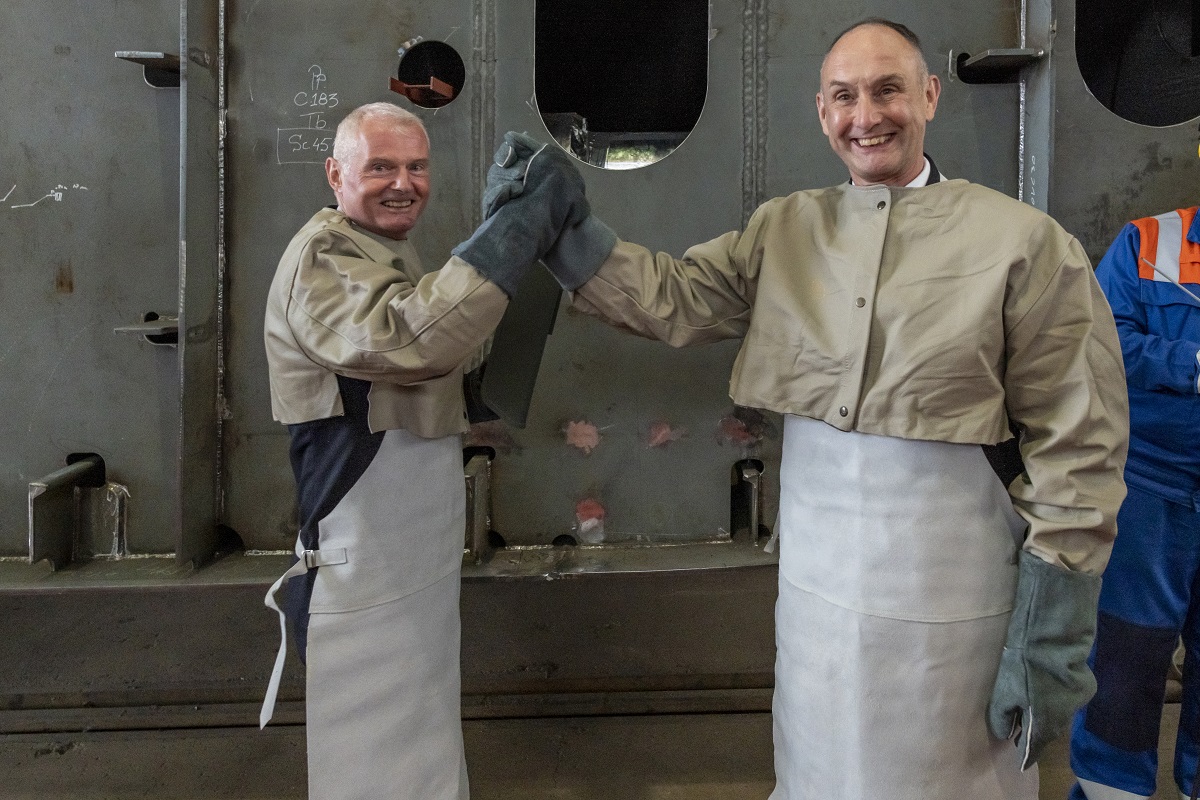 Besides emphasizing the close cooperation between all parties involved, the keel laying also has a traditional value. In the past, a coin was placed under the wooden mast for prosperity. Nowadays, with the ships made of steel, the coin is placed under the keel block. Both admirals performed this operation for the CSS, placing a coin from 1822 for the occasion. This was an important year for the RNLN, in which, after various plans and initiatives for fort building in the Napoleonic era, the marine establishment with drydock in Den Helder was transferred to their ownership.

The next important ceremonial milestone is the naming of the vessel, but not before the building of the ship is completed in 2023. After commissioning, testing and shipyard trials the ship will sail to Den Helder, where the accessories and the combat management system will be installed before the ship is transferred to the navy in 2025.

The ship was designed in close collaboration with the DMO and the RNLN. It is based on the Joint Support Ship HNLMS Karel Doorman, previously built by Damen. The nearly 180-metre-long ship will have a 75-person standard crew and can take an additional 85 people on board. In addition to space for fuel and munition to supply other ships, there is room for several helicopters and twenty containers.