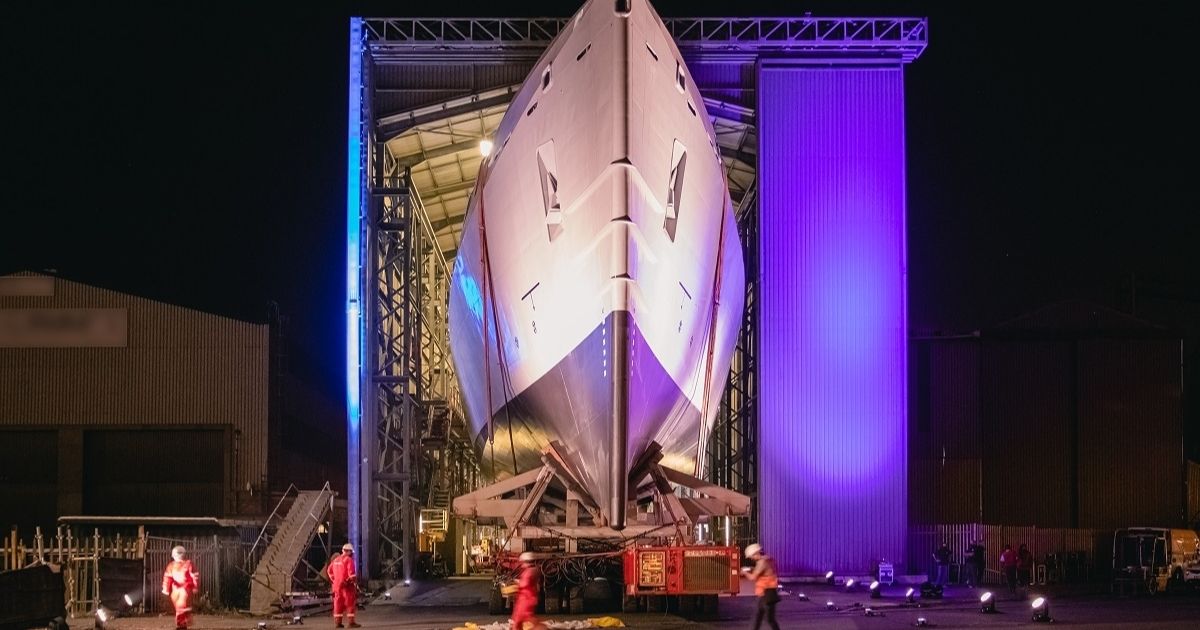 The vessels will augment South Africa’s maritime security by enhancing the country’s capability to respond effectively, rapidly and cost-effectively to threats such as illegal trafficking and fishing.

DSCT Project Manager, Ian Stewart says the launch is an important milestone for the shipyard. “This is the culmination of three years of hard work by a dedicated team of people. Ultimately, more than one million man-hours of work will be invested in the construction of the three MMIPVs.” 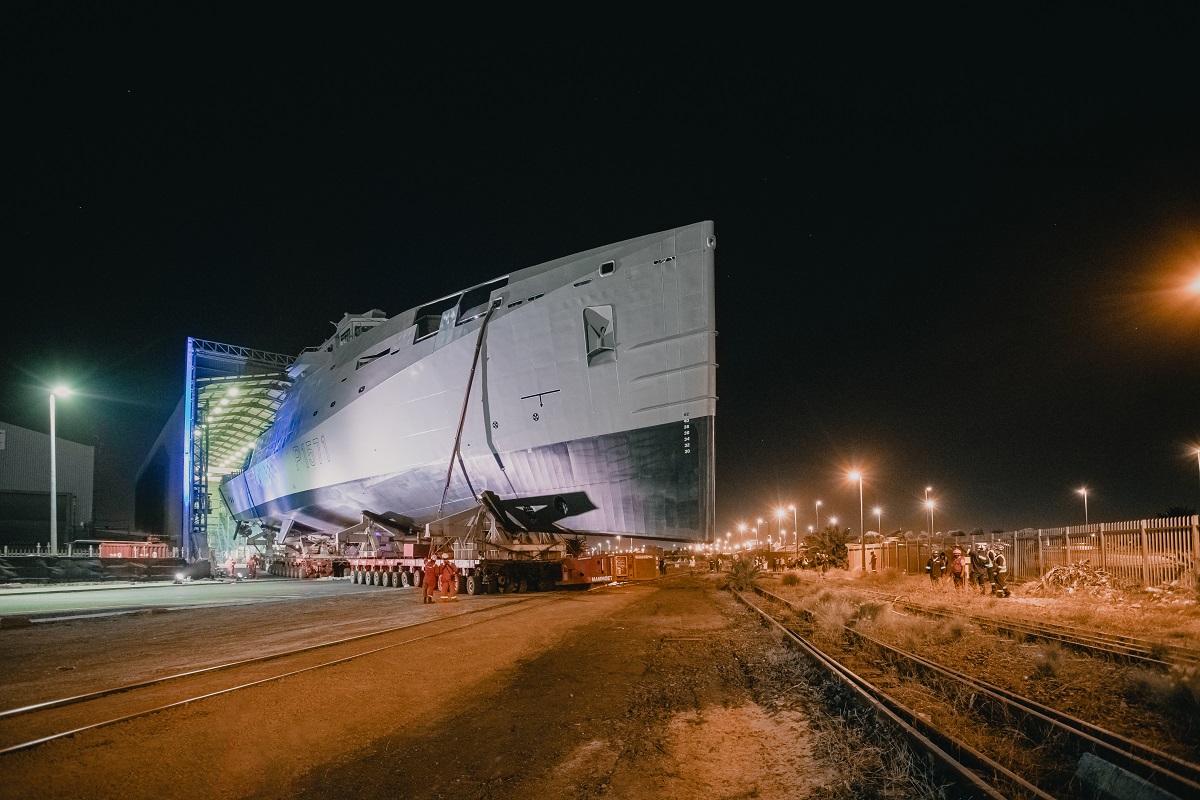 The more than 600-ton vessel was transported from the DSCT shipyard on the evening of 23 March 2021 to the Transnet National Ports Authority (TNPA) synchrolift at the Victoria & Alfred (V&A) Waterfront Basin. The move was conducted by Mammoet South Africa, using 48 axle lines of SelfPropelled Mobile Transporters (SPMTs) to provide precision movement. Mammoet Project Manager, Uzayr Karimulla, says while moving the vessel at night meant less impact on traffic, the reduction in light came with its own challenges. “Through careful planning, close collaboration, and the teamwork between DSCT and Mammoet South Africa, our team made this move a success. We are very happy to have been part of the project, contributing to the advancement of safer waters in Southern Africa.”

Once the vessel was raised onto the synchrolift, the team waited for high tide to come in before moving it out of the V&A Basin via TNPA tugs towards the Elliot Bason. The testing of the ship systems will now commence before the vessel will officially be delivered to ARMSCOR/SAN, before the end of the year.

The MMIPVs are built according to the patented Damen Axe Bow design, which ensures low resistance, high sustained speed in waves and superior sea keeping characteristics in the toughest conditions.

As vertical accelerations are reduced significantly and bow slamming almost eliminated, the safety of the vessel and crew increases considerably, reducing operational risks. The multi mission deck is used for supporting diving, search and rescue and anti-piracy operations.

DSCT HR & Transformation Manager, Eva Moloi, says DSCT is particularly proud of the many years it has invested in local South African skills transfer, training, and entrepreneurship development and collaboration, which have resulted in a strong South African pool of scarce trade skills and supplier partnerships.

“Our local skills transfer and Enterprise and Supplier Development (ESD) initiatives mean that we are not only contributing to the South African economy but ensuring that our local South African maritime market is less reliant on imports from international suppliers. DSCT fully supports the transfer of technology, inclusion of local companies in the execution projects, and stimulation of export transactions under the Defense Industrial Participation (DIP) program, which particularly focuses on benefiting SMMEs, Military Veteran (MV) Owned Entities and Broad-Based Black Economic Empowerment (BBBEE) Compliant Entities. The partnerships formed during this project have led to the successful launch of the MMIPV. One can truly state that the MMIPVs have been built in South Africa, by South Africans for South Africa,” she adds.

The engineering of the vessel commenced in 2018 and the keel was laid in February 2019. “Despite the COVID lockdown period, our local skills and partnerships, resilient production schedule and advanced planning capabilities of our Cape Town team, allowed the different subcontractors and teams to work on the vessel in a safe manner,” notes Moloi.