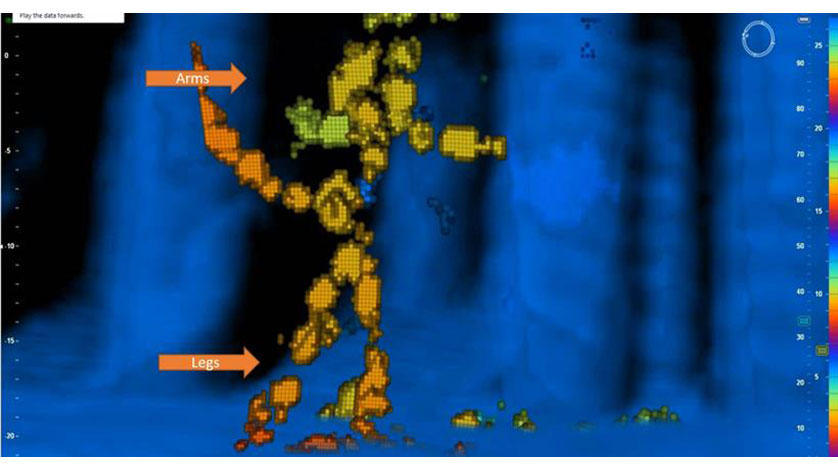 During the live demonstration, tethered divers were able to hand carry the near neutrally buoyant Echoscope4G® Surface underwater and use it in two critical operational modes

Both modes can operate with or without subsea positioning simplifying deployment. The diver, through use of the 3D Head Up Display (HUD) technology under development, and the dive supervisor on the surface can view simultaneously the same real-time 3D sonar image. 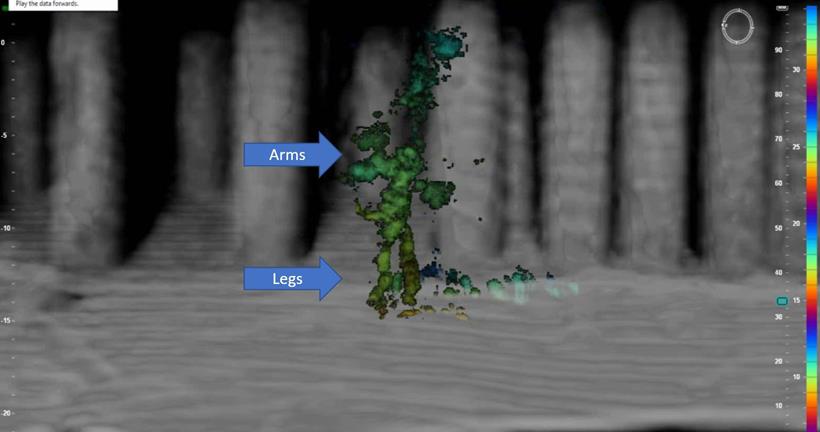 The biggest challenge for divers in challenging environments is visibility and real-time scene awareness – from their perspective (t first person) and in 3D, said Blair Cunningham, Coda’s President of Technology. “Coda’s Echoscope technology has been addressing this need for vessels, AUVs and ROVs for over ten years, but now with a much smaller and lighter system we can place the most powerful and only real-time 3D imaging sonar directly in the hands of the diver.

There are clear benefits for applications such as marine security, where the new Surface will help divers to identify foreign objects in the underwater environment where cameras cannot be relied upon. Specific markets including breakwater construction and inspection can immediately benefit from this technology providing clear 3D diver inspection data which is often critical for conformance to specification and until now, challenging to document with divers.

During this US Navy training exercise in which we demonstrated the capabilities of our newly launched Surface, in NAVIGATION mode the diver effortlessly navigated around seabed debris and towards vertical piles structure hundreds of feet away with clear and effective communication between diver and supervisor. Coupled with a real-time enhance video feed from the diver helmet, the supervisor was acutely aware of the benefit of safe navigation underwater for the diver with clear direction and scene understanding by both parties.

OBSERVATION mode allows the diver to simply detach the hand-held Echoscope4G® Surface and attach to a mount or the asset under inspection – at this point both diver and supervisor have a 3rd person perspective overview of the scene with the diver also being clearly imaged. In salvage and construction operations, as well as those of the military and law enforcement, this unique capability allows full safety monitoring of the diver and a comprehensive record of activities and events within the sonars imaging range.