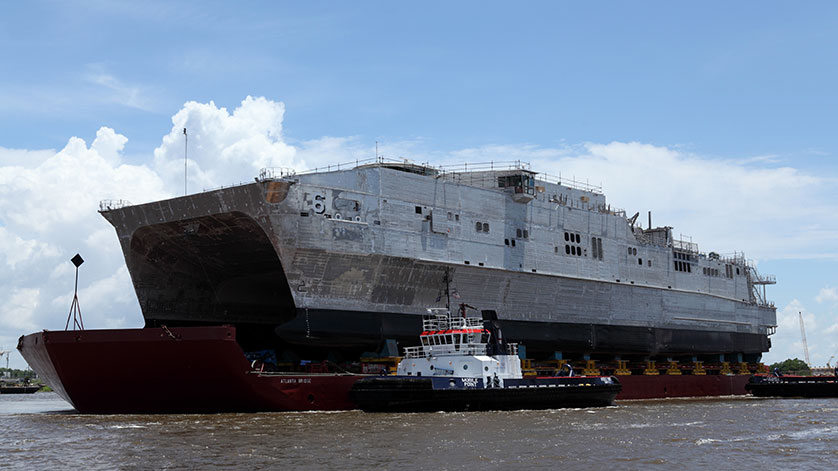 "This is a major step towards delivering City of Bismarck to the Navy," said Capt. Scot Searles, Strategic and Theater Sealift program manager, program Executive office ships. "City of Bismarck performed very well during Builder's Trials, which is a testament to the combined efforts of industry and Navy. The Navy will benefit from EPF 9's delivery later this year as the need for versatile ships continues to grow."

City of Bismarck will now prepare for Acceptance Trials during which the Navy's Board of Inspection and Survey will inspect and evaluate the ship to certify its readiness for delivery to the U.S. Navy.

EPF's are versatile, non-combatant vessels designed to operate in shallow-draft ports and waterways, increasing operational flexibility for a wide range of activities including maneuver and sustainment, relief operations in small or damaged ports, flexible logistics support, or as the key enabler for rapid transport.

They are capable of interfacing with roll-on/roll-off discharge facilities, as well as on/off-loading vehicles such as a fully combat-loaded Abrams Main Battle Tank. Each vessel includes a flight deck to support day and night aircraft launch and recovery operations. City of Bismarck will have airline-style seating for 312 embarked forces with fixed berthing for 104.