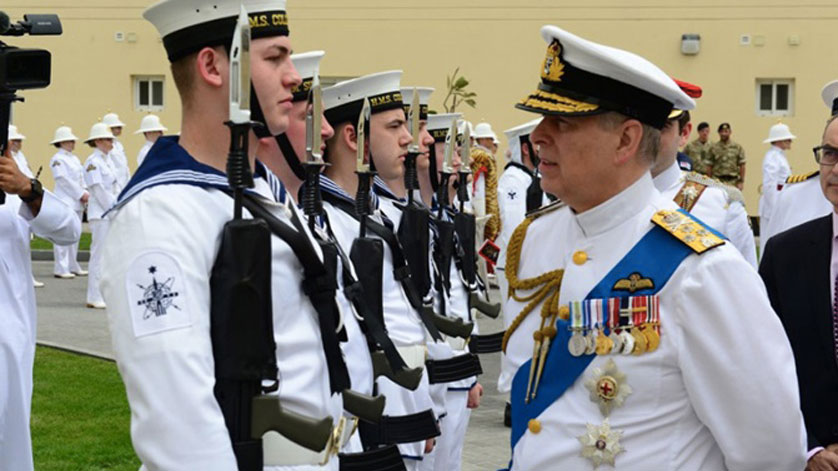 Britain has cemented its enhanced and permanent presence in the Gulf with the opening of the United Kingdom Naval Support Facility at a ceremony at Mina Salman port in Bahrain.

The Naval Support Facility will play a central role in the UK’s ability to operate in the region, and will be the hub of the Royal Navy’s operations in the Gulf, Red Sea and Indian Ocean.

Gavin Williamson Defence Secretary said: “Our Armed Forces are the face of Global Britain and our presence in Bahrain will play a vital role in keeping Britain safe as well as underpinning security in the Gulf.

“Britain is a major player on the world stage and this new Naval Support Facility will help us tackle the growing threats to our nation wherever they are across the globe and protecting our way of life.”

The facility will provide an enduring, self-sufficient operating base capable of meeting the needs of any British warship operating in the region including Britain’s new aircraft carriers future flagships HMS Queen Elizabeth and HMS Prince of Wales.

It will be home to just over 300 British military personnel and supporting civilians, and accommodates up to nearly 550 for short periods. The facility will also provide a key strategic base east of Suez for Britain, its allies and coalition partners.

Speaking at Mina Salman port, General Sir Chris Deverell Commander Joint Forces Command said: With the opening of this base, the UK’s presence in Bahrain and the wider Gulf is guaranteed into the future, ensuring Britain’s sustained deployment east of Suez.

“In meeting HRH Crown Prince Salman Bin Hamad Al Khalifa today, I thanked him for the continued support from Bahrain which enables us to operate in the Gulf region.”

Bahrain is longstanding British ally and both countries work closely across diplomatic, economic and security matters.

What happens in the Gulf region has a direct impact on the national security of the United Kingdom, our prosperity and the safety of our citizens. It is vital that we work with close allies like Bahrain to tackle regional threats.