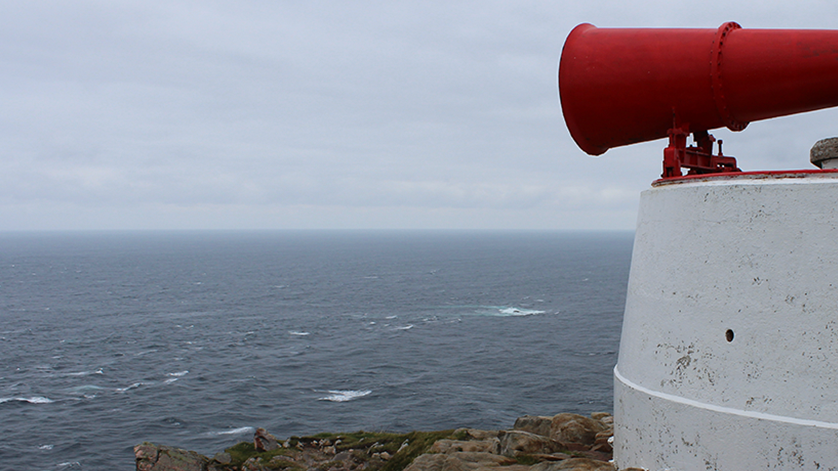 This is a 1,000lb ‘medium capacity’ – general purpose – bomb. And in a few minutes it’ll be torn apart in a million pieces courtesy of the charge being laid by a Royal Navy diver.

A team from the Northern Diving Group is spending a fortnight at the north-western tip of the British Isles dealing with a rich haul of unexploded bombs.

Each summer the bomb disposal experts from Faslane decamp to the ranges at Cape Wrath to get rid of high explosives peppering the seabed.

The remote ranges – the nearest village, Durness, is ten miles away, Thurso is 60 miles to the east, Inverness 80 miles to the south – are used extensively by the military, from naval shells raining down from the 4.5in guns of the Fleet to Apache gunships letting rip.

And 350 yards off the cape there’s Garvie Island – around 750ft long, 250ft wide at the fattest section. It lies on a north-east/south-west axis and (supposedly) resembles the outline of an aircraft carrier.

As it’s positively indestructible, it’s been hammered repeatedly by RN and RAF jets down the year as pilots hurled 500 and 1,000lb bombs at it – some practice weapons, some live.

Spotters on shore report the fall of the bombs, so dive teams have a rough idea of where any unexploded ordnance might lie.

Most of the bombs land in a trough between the island and a reef.

Those which have been down the shortest time are usually still in good condition – lettering and markings, such as a green and yellow ring (live) or blue (practice bomb) can still be made out. But bombs which have languished on the seabed longer are often hidden by the dense ‘forests’ of kelp which makes hunting them down trickier.

The team from Faslane are interested in American-made Mk80s and various 500 and 1,000 pounders dropped by British and NATO forces.

Once located, a diver-placed charge – four pounds of plastic explosive – are fixed on the bomb and a five-minute timer set to give the divers plenty of time to retreat to a safe distance.

So far, AB(D) Stephen Kenrick from Widnes is currently the charge having been the first to find one 1,000lb and a 500lbs Mk82 bomb in the same day.