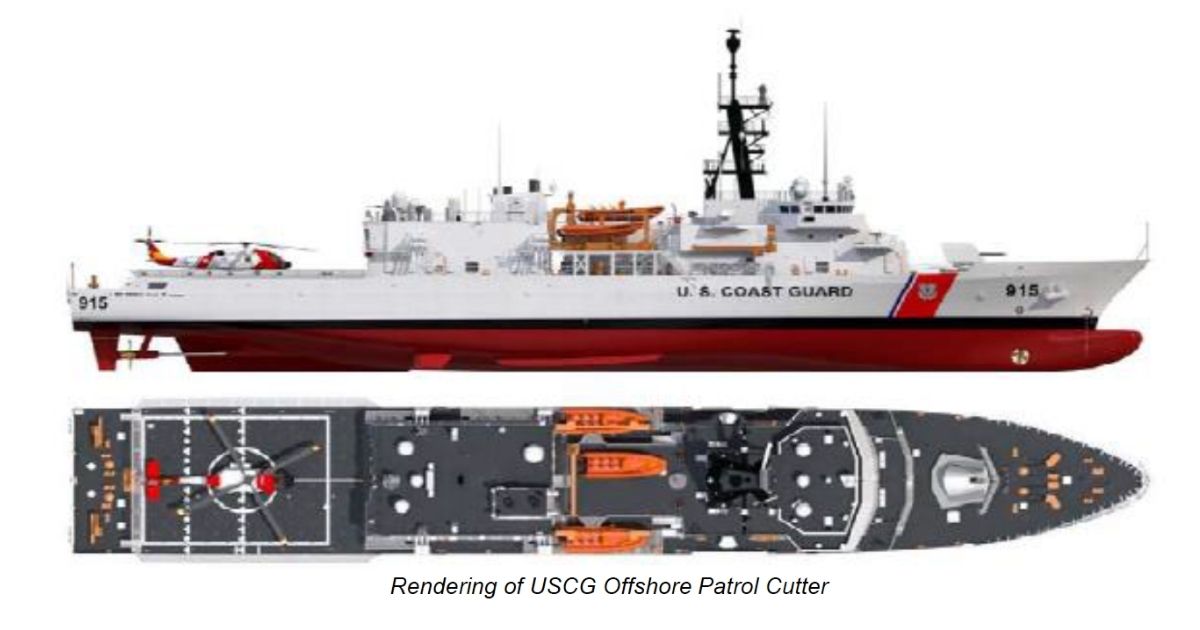 Bollinger Shipyards has submitted its proposal to the United States Coast Guard to build Stage 2 of the Heritage-class Offshore Patrol Cutter (OPC) program. If chosen, Bollinger would construct and deliver a total of 11 vessels to the U.S. Coast Guard over the next decade, helping to sustain the Bollinger workforce through 2031.

“Bollinger is the right shipyard at the right time to build the Offshore Patrol Cutter program for the U.S. Coast Guard.” said Ben Bordelon, Bollinger President and CEO. “Our long history building for the Coast Guard is unparalleled and has shown time and time again that Bollinger can successfully deliver the highest quality vessels on an aggressive production schedule.”

Bollinger has been actively involved in every step of the U.S. Coast Guard’s OPC acquisition process, including execution of the Stage 1 Preliminary and Contract Design, where the Company was included in the final three shipyards, as well as execution of the OPC Stage 2 Industry Study. This unique experience ensures Bollinger’s understanding of every detail and aspect of the program.

Bordelon continued, “Bollinger has the existing capability and capacity using our proven serial production build strategy and an experienced management team and workforce. Our production approach is based on our established and mature processes and tools, which integrate design development, production, and lifecycle considerations. Our unique experience results in a reliable production schedule and cost so that we can deliver high-quality vessels on time and on budget.”

Notably, in its current program for the U.S. Coast Guard, Bollinger has delivered Sentinel Class Fast Response Cutter hulls 1139 through 1144 a total of 127 days ahead of the contract schedule, despite the incredible challenges of the COVID-19 global pandemic and a historic hurricane season in the Gulf of Mexico impacting Louisiana’s coast.

Bollinger has a long history building for the U.S. Coast Guard, delivering 170 vessels in the last three decades alone. This includes the Island Class (49 delivered), the Marine Protector Class (77 delivered), and now the Sentinel Class (44 of 64 delivered to-date).

About the Offshore Patrol Cutter Program

Offshore Patrol Cutters (OPCs) will provide the majority of offshore presence for the Coast Guard’s cutter fleet, bridging the capabilities of the 418-foot national security cutters, which patrol the open ocean, and the Bollinger-built 154-foot fast response cutters, which serve closer to shore. The OPCs will conduct missions including law enforcement, drug and migrant interdiction, search and rescue, and other homeland security and defense operations. Each OPC will be capable of deploying independently or as part of task groups and serving as a mobile command and control platform for surge operations such as hurricane response, mass migration incidents and other events. The cutters will also support Arctic objectives by helping regulate and protect emerging commerce and energy exploration in Alaska.