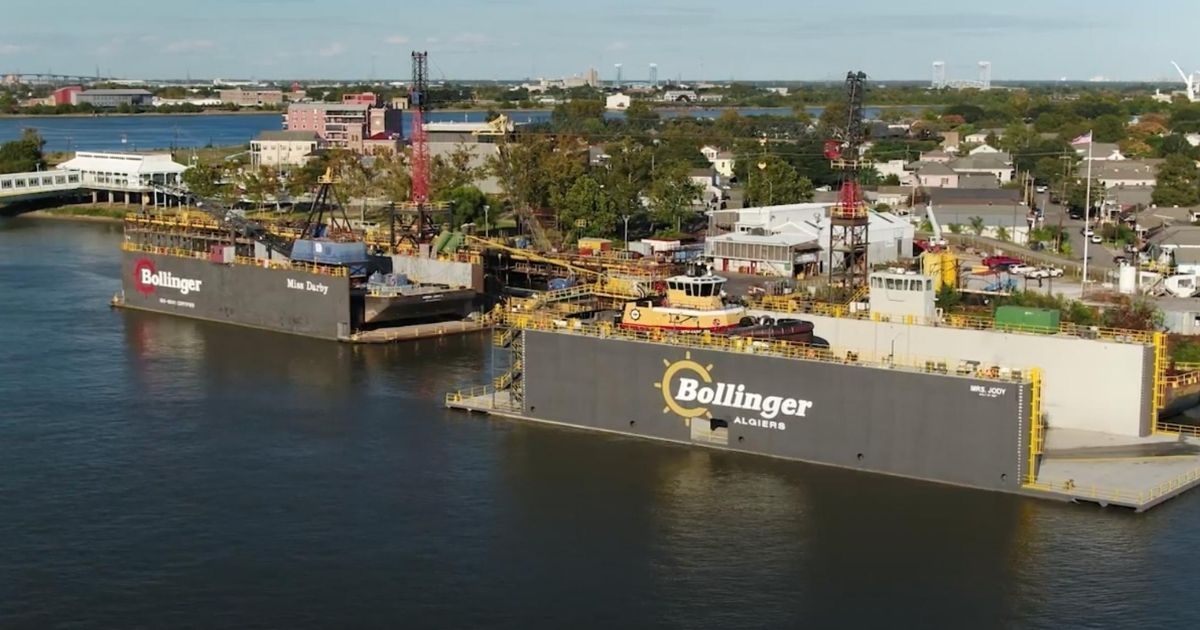 Bollinger Shipyards (“Bollinger”), a privately-held and leading designer and builder of steel military and commercial vessels, has submitted its final proposal to the United States Coast Guard to build Stage 2 of the Heritage-class Offshore Patrol Cutter (“OPC”) program.

If chosen, Bollinger would construct and deliver a total of 11 vessels to the U.S. Coast Guard over the next decade, helping to sustain the Bollinger workforce through 2031.

The proposal submitted by Bollinger states that the construction will occur at its facilities in Houma, Louisiana. That shipyard is strategically placed within a 100-year hurricane risk reduction system with direct access to the Gulf of Mexico without any hindrances such as drafts or time-zone differences.

In a new study conducted by the Economics & Policy Research Group at Louisiana State University (“LSU”) on the economic impact should Bollinger be chosen to build up to 11 ships for the OPC Program, LSU found that the project would create more than 2,700 direct and indirect jobs and generate $7.3 billion in economic output for Louisiana.

“The numbers tell a compelling story – the Offshore Patrol Cutter program would be a major game changer for the State of Louisiana and Bollinger is the right shipyard at the right time to build this platform for the U.S. Coast Guard,” said Ben Bordelon, Bollinger President and CEO. “For over 75 years, Bollinger has been proud to be a major job creator and economic contributor in south Louisiana. To be awarded the contract for OPC would allow us to continue that legacy. It is my hope that we’re able to continue our long partnership supporting the brave men and women of the U.S. Coast Guard.”

LSU received information from Bollinger on the estimated employment, wages and timing of the construction activities required if chosen for the Offshore Patrol Cutter Program. This data was then used to conduct an economic impact analysis to quantify the full impact of the OPC program on Louisiana’s economy. Key findings of the report include:

“If Bollinger wins the Offshore Patrol Cutter Program, it will serve as a major economic stimulus to the State, Region and Terrebonne Parish,” said Dr. Dek Terrell, Executive Director at LSU’s Economics & Policy Research Group. “The project will create over $2.3 billion in new Louisiana earnings and $7.3 billion of Louisiana output.”

The U.S. Coast Guard announced it would revise the existing OPC program in 2019 following a Government Accountability Office report that stated, “the cutter’s design is unstable, its schedule optimistic, and its cost estimate incomplete—making it likely that building it will take longer and cost more.”

Bollinger has been actively involved in every step of the U.S. Coast Guard’s OPC acquisition process, including execution of the Stage 1 Preliminary and Contract Design, where the Company was included in the final three shipyards, as well as execution of the OPC Stage 2 Industry Study. In June of 2021 Bollinger submitted its initial proposal to build Stage 2 of OPC program. This unique experience ensures Bollinger’s understanding of every detail and aspect of the program.

Notably, in its current program for the U.S. Coast Guard, Bollinger has delivered Sentinel Class Fast Response Cutter hulls 1139 through 1148 a total of 180 days ahead of the contract schedule, despite the incredible challenges of the COVID-19 global pandemic and sustaining significant damage from a direct hit by Hurricane Ida, a powerful Category 4 storm.

Bollinger has a long history building for the U.S. Coast Guard, delivering 174 vessels in the last three decades alone. This includes the Island Class (49 delivered), the Marine Protector Class (77 delivered), and now the Sentinel Class (48 of 64 delivered to-date).