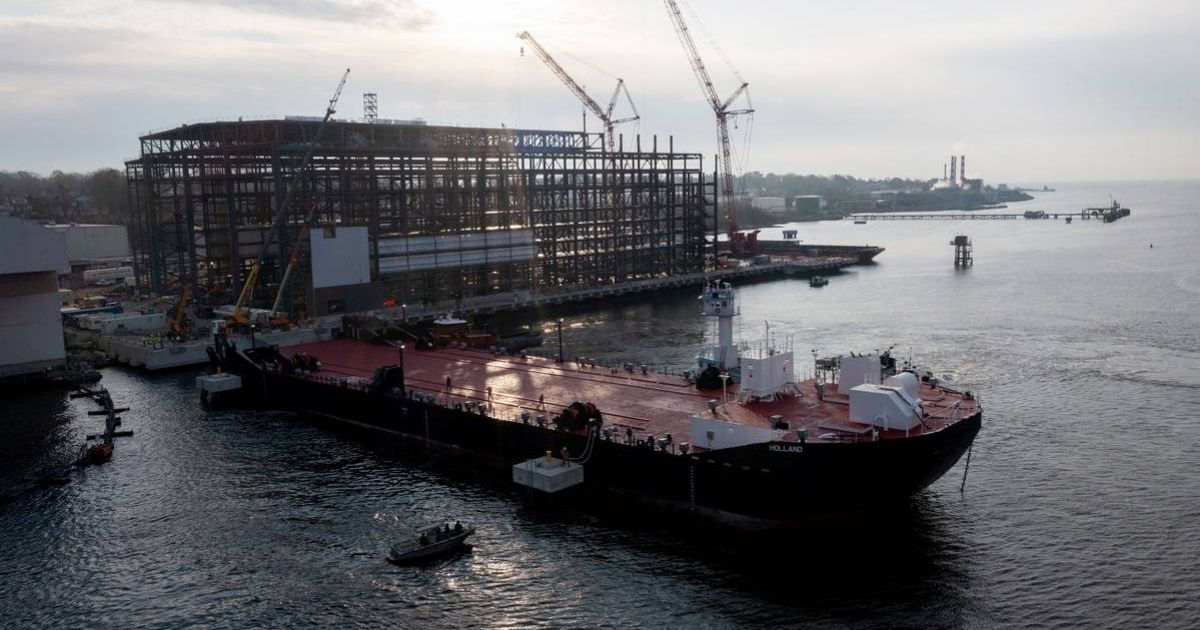 The Holland will support the construction and maintenance of the United States’ Columbia Class Ballistic Missile Submarines and Virginia Class Fast Attack Submarines. General Dynamics-Electric Boat is the prime contractor on the design and build of the Columbia Class submarine, which will replace the aging Ohio Class Ballistic Missile Submarines and is a top strategic defense priority for the United States.

“Bollinger is proud to partner with General Dynamics-Electric Boat in support of the U.S. Navy and one of the top strategic priorities of our Nation,” said Bollinger President & C.E.O. Ben Bordelon. “Being able to deliver OTB Holland on time and on budget is a testament to the strength, commitment and resilience of the men and women of the Bollinger workforce, especially following the significant damage sustained to our shipyards and communities following Hurricane Ida earlier this year. Bollinger looks forward to continuing to help meet the expanding needs of the United States’ Navy and supporting efforts to modernize our Nation’s fleet.”

“We are happy to welcome Holland to her new home in the Groton shipyard,” said Kevin Graney, President, General Dynamics Electric Boat. “Our fellow shipbuilders at Bollinger have delivered a terrific asset, on time and on budget. Holland will play an important role in the construction of the Columbia class of submarines, which will carry nearly 70% of the nation’s nuclear arsenal.”

In November 2019, General Dynamics-Electric Boat selected Bollinger to construct the Holland, a 400 ft x 100 ft Ocean Transport Barge. The concept and contract design were performed by the Bristol Harbor Group in Rhode Island, while Bollinger performed the detail design engineering at its Lockport, LA facility and construction at the Bollinger Marine Fabrication facility in Amelia, LA.

The Columbia Class is now being built at Electric Boat’s Quonset Point, RI manufacturing facility. Skilled tradespeople will construct and outfit Columbia modules at Quonset Point which will then be transported by the Holland barge to the company’s final test and assembly facility in Groton. The first Columbia module is expected to arrive in Groton in 2023.