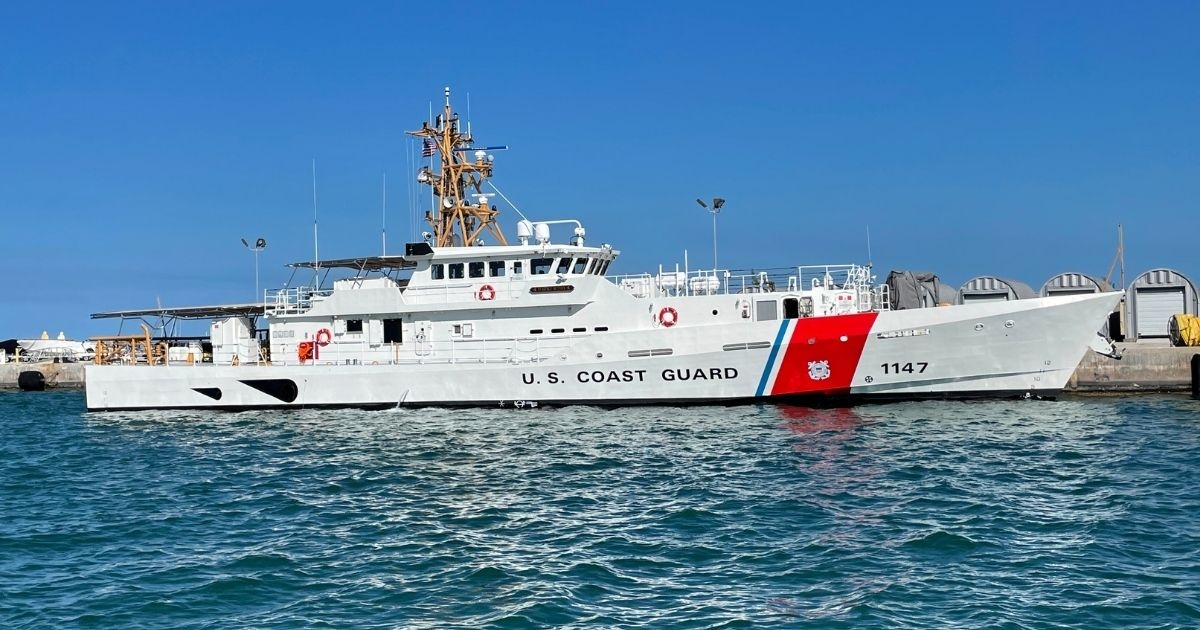 The USCGC CLARENCE SUTPHIN is the final of six FRCs to be home-ported in Manama, Bahrain, which will replace the aging 110’ Island Class Patrol Boats, built by Bollinger Shipyards 30 years ago, supporting the Patrol Forces Southwest Asia (PATFORSWA), the U.S. Coast Guard’s largest overseas presence outside the United States.

“Ensuring that the brave men and women of the U.S. Coast Guard have the most state-of-the-art, advanced vessels as they work to build and maintain the necessary regional alliances to ensure maritime security in the region is a top priority,” said Bollinger President & C.E.O. Ben Bordelon. “Bollinger is proud to continue enhancing and supporting the U.S. Coast Guard’s operational presence in the Middle East and ensuring it remains the preferred partner around the world.”

Each FRC is named for an enlisted Coast Guard hero who distinguished themselves in the line of duty. Clarence Sutphin, Boatswain Mate First Class, USCG, was awarded the Bronze Star Medal for his courageous actions during the invasion of Saipan Island in 1944. His citation reads: “For heroic achievement in action against enemy Japanese forces during the invasion of Saipan, Marianas Islands, on June 15 and 16, 1944.  Swimming with a line through heavy surf to a tank lighter stranded on a reef, SUTPHIN remained aboard under mortar and artillery fire until the boat was salvaged.  Returning to the beach, he aided in salvaging another tank lighter under enemy fire and, when a mortar shell struck a group of eight Marines, promptly treated the wounded and moved them to a first aid station.  His courage and grave concern for the safety of others reflects the highest credit upon SUTPHIN and the United States Naval Service.”