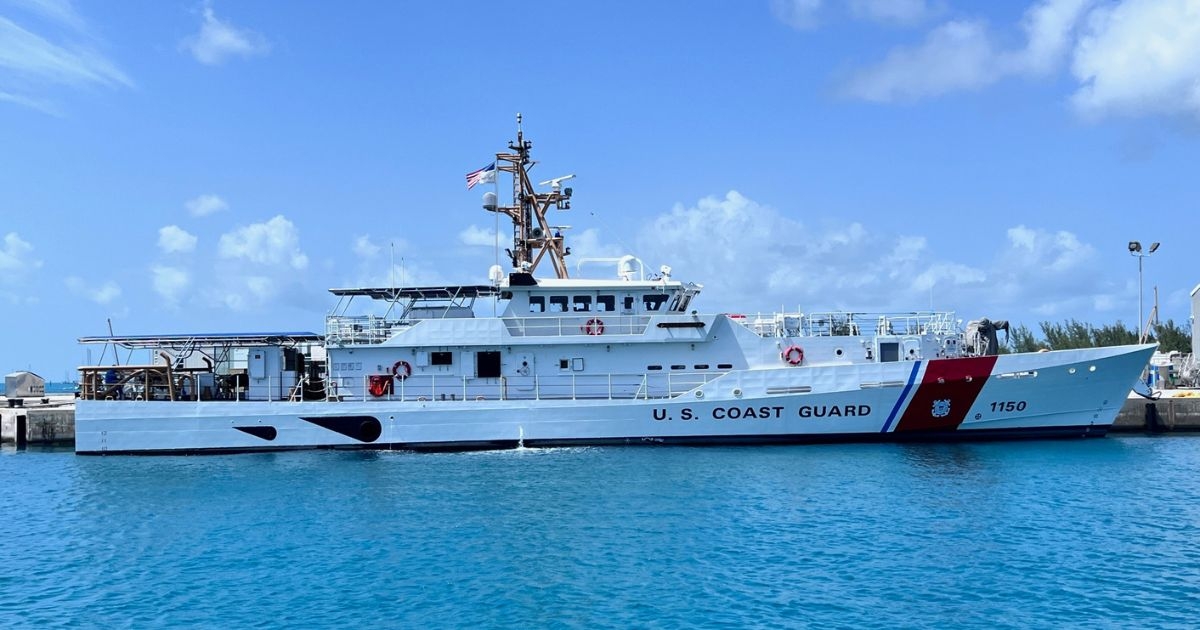 “It’s incredibly meaningful that we could deliver the 50th FRC, the USCGC William Chadwick, on the Coast Guard’s 232nd birthday and that she’ll be homeported in Sector Boston, the Birthplace of the Coast Guard,” said Bollinger President & C.E.O. Ben Bordelon. “Pound for pound, the quality and capabilities of the FRC platform is unmatched and can be looked upon as a model government acquisition program. Our unique experience building for the Coast Guard is unparalleled and has shown time and time again that we can successfully deliver the highest quality vessels on a reliable, aggressive production schedule and cost, even in the most challenging circumstances. We look forward to continuing our historic partnership with the U.S. Coast Guard.”

The USCGC Chadwick will be the first of six FRCs to be homeported in Sector Boston, which is known as "The Birthplace of the Coast Guard." The sector is responsible for coastal safety, security, and environmental protection from the New Hampshire-Massachusetts border southward to Plymouth, Massachusetts out to 200nm offshore.  Sector Boston directs over 1,500 Active Duty, Reserve, and Auxiliary members whose mission is to protect and secure vital infrastructure, rescue mariners in peril at sea, enforce federal law, maintain navigable waterways, and respond to all hazards impacting the maritime transportation system and coastal region.

Each FRC is named for an enlisted Coast Guard hero who distinguished themselves in the line of duty. William P. Chadwick served as Keeper of the Green Island Lifeboat Station in New Jersey and was awarded the Gold Lifesaving Medal for the rescue of the crew of the schooner George Taulane on February 3, 1880.  Even after suffering a debilitating injury from flying debris, Chadwick directed the repeated efforts to save the crew of the broken Taulane as they battled mother nature’s high winds, heavy rains, and dangerous surf. Finally, after five and a half hours, Chadwick’s men were able to erect a breeches buoy.  Within a half-hour all the Taulane’s crew were safely ashore.