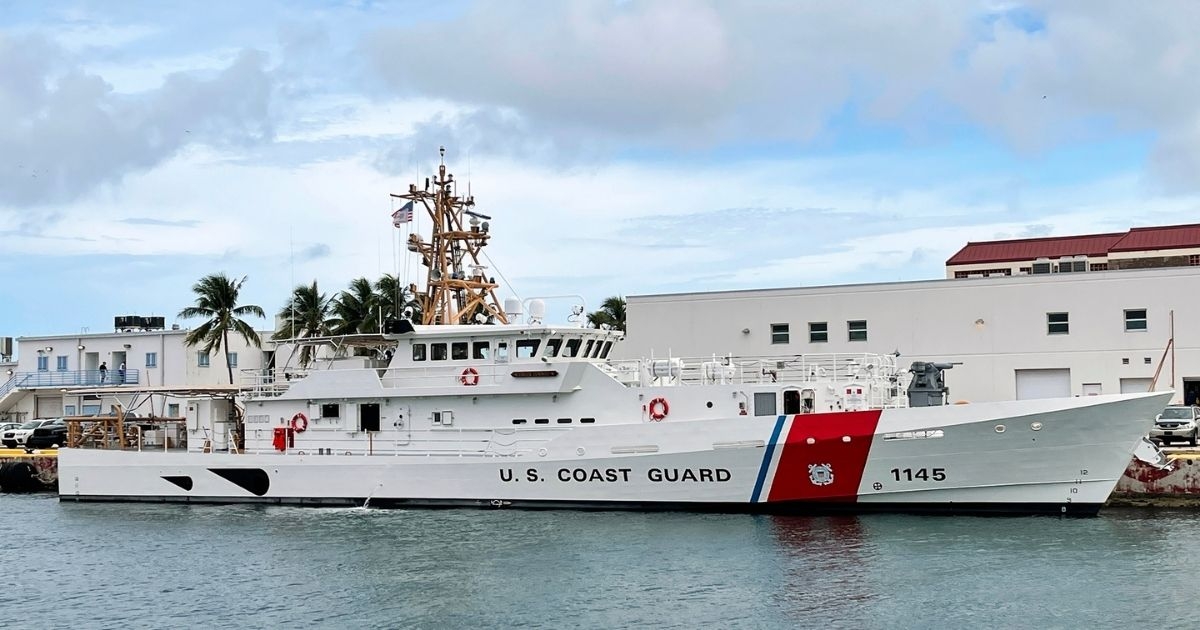 Named in honor of Coast Guard hero and NFL great Emlen Tunnell, the cutter is the fourth of six FRCs to be home-ported in Manama, Bahrain, which will replace the aging 110’ Island Class Patrol Boats, built by Bollinger Shipyards 30 years ago, supporting the Patrol Forces Southwest Asia (PATFORSWA), the U.S. Coast Guard’s largest overseas presence outside the United States.

“With recent incursions in the Arabian Gulf, it is a top priority to ensure that the brave men and women of the Coast Guard have the most state-of-the-art, advanced vessels as they work to ensure maritime security in the region,” said Bollinger President & C.E.O. Ben Bordelon. “Bollinger is proud to continue enhancing and supporting the U.S. Coast Guard’s operational presence in the Middle East and ensuring it remains the preferred partner around the world.”

Each FRC is named for an enlisted Coast Guard hero who distinguished themselves in the line of duty. Emlen Tunnell was instrumental in saving the lives of two shipmates in two different heroic actions. His exploits as a Coast Guardsman and then as a ground-breaking African American in the world of professional sports, Tunnell, through his incredible achievements both on and off the field, demonstrated the Coast Guard’s core values of Honor, Respect, and Devotion to Duty.

Tunnell played college football at Toledo before and after World War II — he enlisted from 1943 to 1946 — and continued his collegiate career at the University of Iowa. After leaving college in 1948, he hitchhiked from his home in Pennsylvania to New York for a tryout with the New York Giants. Tunnell was the first Black player signed by the Giants and later played for the Green Bay Packers. He ended up playing 14 seasons in the NFL and when he retired as a player, he held league records with 1,282 interception return yards, 258 punt returns, 2,209 punt return yards, and 79 interceptions – the second most interceptions in NFL history today. He then became a scout and one of the league’s first Black assistant coaches, helping fully integrate both the Giants and the Packers. In 1967, Tunnell was the first Black man and the first defensive specialist to be enshrined in Canton.

Earlier this month, Bollinger submitted its proposal to the United States Coast Guard to build Stage 2 of the Heritage-class Offshore Patrol Cutter (OPC) program. If chosen, Bollinger would construct and deliver a total of 11 vessels to the U.S. Coast Guard over the next decade, helping to sustain the Bollinger workforce through 2031. Offshore Patrol Cutters (OPCs) will provide the majority of offshore presence for the Coast Guard’s cutter fleet, bridging the capabilities of the 418-foot national security cutters, which patrol the open ocean, and the Bollinger-built 154-foot FRCs, which serve closer to shore. The OPCs will conduct missions including law enforcement, drug and migrant interdiction, search and rescue, and other homeland security and defense operations.