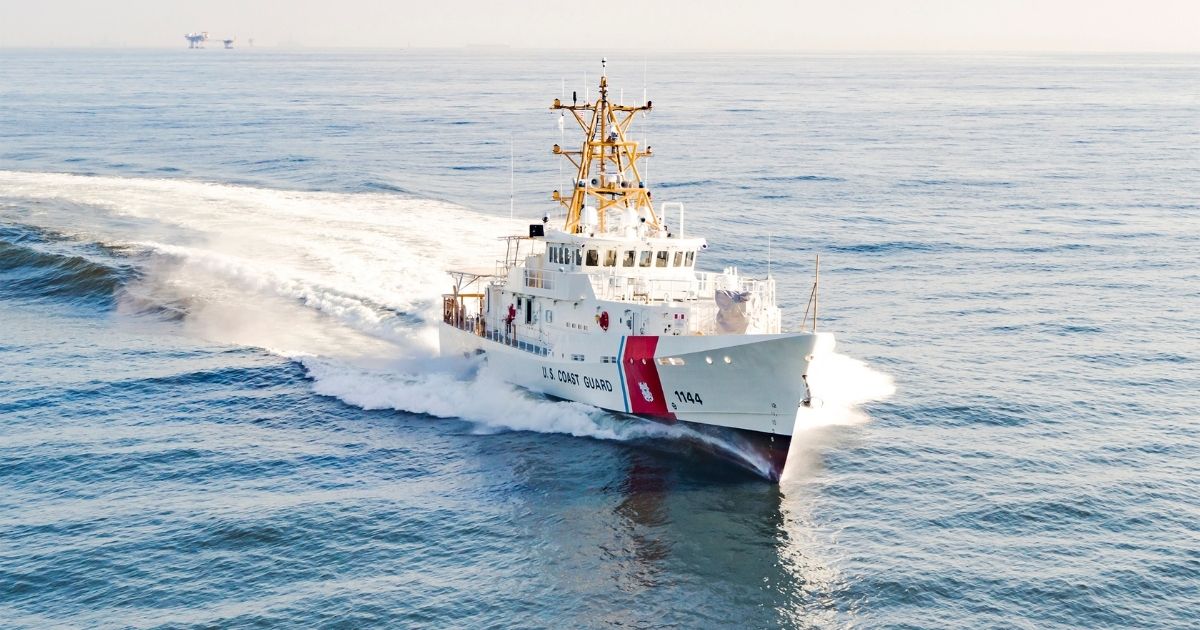 The USCGC GLEN HARRIS is the third of six FRCs to be home-ported in Manama, Bahrain, which will replace the aging 110’ Island Class Patrol Boats, built by Bollinger Shipyards 30 years ago, supporting the Patrol Forces Southwest Asia (PATFORSWA), the U.S. Coast Guard’s largest overseas presence outside the United States.

“Bollinger is proud to continue enhancing and supporting the U.S. Coast Guard’s operational presence and ensuring it remains the preferred partner around the world,” said Bollinger President & C.E.O. Ben Bordelon. “It is our top priority to ensure that the brave men and women of the Coast Guard stationed in PATFORSWA have the most state-of-the-art, advanced vessels as they work to build and maintain the necessary regional alliances to ensure maritime security in the region. Building ships for the Coast Guard provides critical assets to bolster our national security and advance America’s interests, both at home and abroad.”

Earlier this week, Bollinger announced the acquisition of Gulf Island Fabrication, Inc.’s Terrebonne Parish shipyard facilities, expanding the company’s new construction and repair capacity and capabilities to better serve its key defense and commercial customers. The acquisition increases the shipyard’s growing new construction and repair portfolio. Gulf Island had been building the Towing, Salvage and Rescue Ships (T-ATS) for the U.S. Navy and Regional Class Research Vessels for the National Science Foundation and Oregon State University. These projects conveyed with the transaction.

Each FRC is named for an enlisted Coast Guard hero who distinguished themselves in the line of duty. Surfman Glen Harris piloted the first wave of landing craft on Tulagi Island in the Pacific Theater during World War II, and also made a landing against a Japanese force on Guadalcanal Island. Harris was awarded a Silver Star medal by Admiral Chester Nimitz for his heroic combat actions.