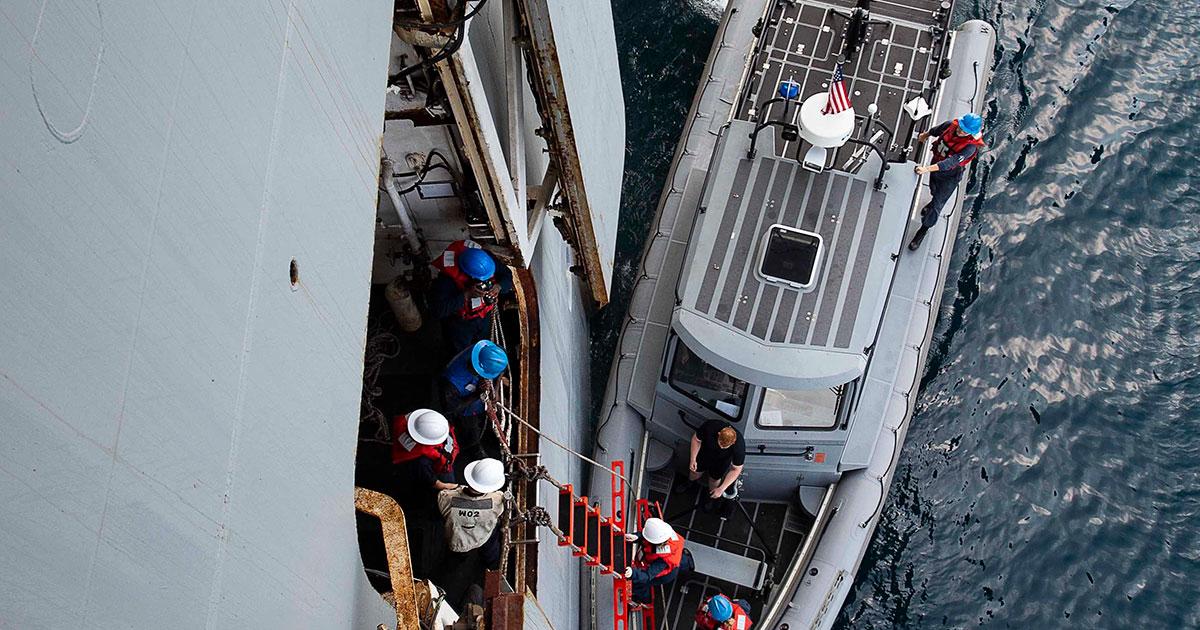 For the Bataan ARG, SWATT provided an important transition from single ship operations to multi-ship, aircraft, and landing craft operations in scenarios that spanned multiple warfare areas. SWATTs are a relatively new construct in the Surface Fleet that deliver advanced tactical training to increase surface force lethality and tactical proficiency by providing warfare commander and unit level training beyond the basic phase. As a result, ARGs and other warfare commander teams are readier to receive operational tasking or deploy following a SWATT.

“SWATTs prepare individuals, watch teams, ships and staffs to be more capable, ready and lethal to ‘Own the Fight,’” said Capt. Lance Lesher, commodore of Amphibious Squadron 8. “It’s crucial that ships’ crews are prepared to work together, communicate and face all varieties of challenges at sea. That need is amplified when you have multiple ships conducting coordinated operations as a group.”

SMWDC led the SWATT exercise with 18 WTIs, senior mentors, and subject matter experts embarked aboard each ship. These onboard trainers provided over-the-shoulder mentoring for watchstanders and commanding officer and warfare commander level guidance from senior mentors. Subject matter experts and onboard technical community personnel delivered rapid replay capability from scheduled training exercises that provided immediate feedback for watchstanders to help them rapidly learn from challenges they experienced during training. The SWATT culminated in a Live Fire With a Purpose (LFWAP) exercise with rolling airframe missiles.

Lt. Bobby Chamberlain, an ASW/SUW WTI, explained that SWATT allows each ship and the ARG as a whole an opportunity to train in realistic underway scenarios to focus the development of warfare capability and less on receipt of a certification – a luxury for warfighters that SWATT and LFWAP provide.

“We are solely here for the purpose of providing training,” said Chamberlain. “That gives a lot of flexibility in how we execute and how we deliver training. SWATT enables the ship to focus on their operations rather than worrying about a grade. We provide the goods and feedback on how they can improve going forward through the Amphibious Ready Group Marine Expeditionary Unit exercise, composite training unit exercise and deployment and how to sustain combat operations.” The amphibious warfare (AMW) WTI, Lt. Audrey Collier, the lead AMW WTI for the ARG SWATT, noted that being able to exercise landing craft utility and landing craft air cushion movements and practicing primary and secondary ship control duties for ship-to-shore movements was key to increasing the ARG’s mission readiness.

“Once they come out of the basic phase we want them to be tactically sound and able to conduct warfare doctrinally prior to them going into their integrated phase,” said Collier.

Since 2016, there have been 11 SWATT exercises completed by carrier strike group cruiser-destroyer units and ARGs.

SMWDC is a subordinate command of Commander, U.S. Naval Surface Forces, and is headquartered at Naval Base San Diego with four divisions in Virginia and California focused on IAMD, ASW/SUW, AMW, and Mine Warfare.