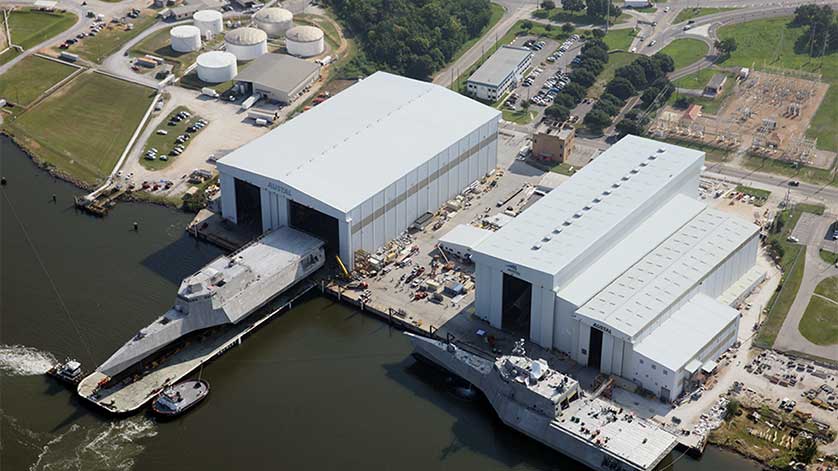 In a banner announcement for the Australian defense industry, Western Australia-based Austal has won a contract worth up to A$779 million (US$584 million) to build the Independence Class Littoral Combat Ship (LCS 28) for the United States Navy.

The 127-meter, frigate-sized LCS 28 will be the 14th LCS constructed at Austal’s US shipyard in Mobile, Alabama, and represents a continuing vote of confidence in Australia’s design and ship building capability for large naval vessels.

Austal CEO David Singleton said the announcement is further proof that Australian industry can compete on the world stage.

“While I am obviously happy for Austal I am also delighted in the vote of confidence this delivers for Australian shipbuilding and design,” Mr. Singleton said. “We won this award following a direct competition with the Freedom Class LCS which says much for our cost efficiency on this program. Austal’s work on the LCS program at our advanced Module Manufacturing Facility (MMF) has seen efficiency gains of 20 per cent with an ambitious target of 35 per cent set for the end of the build cycle.

“Should we win the $3 billion Offshore Patrol Vessel contract for the Royal Australian Navy, we intend to introduce many of the advanced manufacturing techniques and efficiency gains perfected in the US into our local operations. I look forward to working with the Australian Government in the future to help them realize their goal of truly sovereign and export capable naval shipbuilding industry,” Mr. Singleton said.

The US Navy is expected to order up to two more LCS vessels in the current US financial year.

Austal’s orders to date for the Independence-class LCS have totaled approximately A$8 billion which equates to approximately 75 per cent of the likely value of the entire Australian Government frigate construction program.

While the vessel will be constructed at Austal’s shipyard in Alabama, certain subsystems will be made at Austal’s Henderson facility in Western Australia, as part of a continuation of its successful subcontract collaboration with the United States.

The company’s LCS delivery schedule remains on track and under the US Governments congressional cost cap, having delivered two ships in 2016 and set to deliver two more in 2017. The fifth Austal-built LCS entered the fleet last weekend with the commissioning of the USS Gabrielle Giffords (LCS 10) while an additional seven LCS vessels are under various phases of construction.