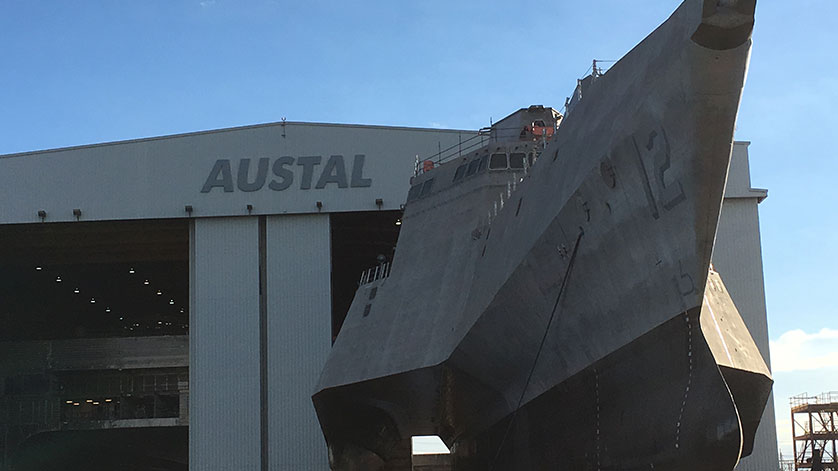 Austal Limited has delivered its sixth Littoral Combat Ship (LCS), to the U.S. Navy during a ceremony in Mobile, Alabama, at Austal’s manufacturing facility.

The future USS Omaha (LCS 12), is a 127 meter frigate-sized vessel, designed in Australia by the team bidding for the Commonwealth of Australia’s Offshore Patrol Vessel (SEA 1180) project.

“This delivery continues to show our capability to produce large, complex naval ships and do it for no less than the largest and most technologically advanced navy in the world,” Austal CEO, David Singleton said. “We have produced six ships under this $4 billion (US), contract with five more to come. Let there be no doubt, Austal, an Australian home-grown company, is now an outfit at the pinnacle of naval shipbuilding.”

“The Independence-variant LCS platform has gone from strength to strength, and has steadily raised the bar in terms of efficiency and technological innovation in shipbuilding. I look forward to building on our successes, both abroad and at home,” Mr. Singleton said.

Austal is the only foreign company to have ever been prime contractor for the acquisition of US Navy ships and is now building up to 15 per cent of the American surface fleet.