Artificial Intelligence: What are the Challenges of Securing the Maritime Commons? 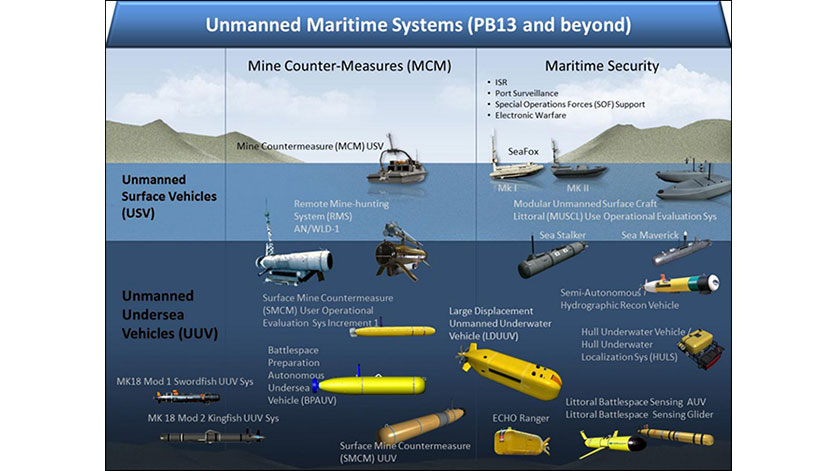 According to a new paper by Tuneer Mukherjee of India’s Observer Research Foundation, the applicability of artificial intelligence (AI) to naval operations surpasses its usage in any other military domain due to the hostility, unpredictability and sheer size of the ocean environment.

Evidence suggests that wherever AI systems have been deployed, they have made existing manned operations more effective. Future innovation in such technologies might lead to completely autonomous systems with lethal capabilities, provoking debates on ethical issues.

Mukherjee states that “In operating locales that need constant intelligence, surveillance and reconnaissance of the ocean environment, AI-supported systems can negate the hostilities of marine physics, i.e., hydrostatic pressure, ocean turbulence, thermal gradient, and ocean salinity, among others. Additionally, navies can employ these technologies to target, map, and even engage enemy vessels. All these factors make unmanned intelligent systems an indispensable asset in naval force structures. Moreover, the relatively ‘uncluttered’ marine environment might be the first battle-space that witnesses the deployment of fully autonomous weapons.”

He adds that “Even as the new generation of AI-based combat technology looms on the horizon, endowing such systems with targeting autonomy will have to be subject to strict provisions of international law. In the specific context of AI-based naval operations, AI-supported systems with targeting abilities will need to be able to continuously distinguish between military assets and civilian vessels.”

Mukherjee concludes that “The most important element of autonomous systems will be their ability to distinguish between multiple vessels simultaneously and maintain an acoustic signature database of commercial vessels. This will need the cooperation of commercial shipping companies, and rigorous testing of deep-learning algorithms, to validate the pattern recognition processes of these autonomous systems. While it is mentioned that autonomous vessels can undertake a variety of naval missions, their compliance with international maritime law and conventions needs to be pre-programmed into their systems to avoid their trespassing into demarcated exclusive economic zones. Most importantly, autonomous vessels engaged in loitering missions for long periods of time need to be powered by sustainable energy resources to ensure that their missions do not cause any harm to the marine environment.”