History
SEACON began life in 1968 as a very small firm in El Cajon, California, manufacturing electrical connectors for cables used in classified U.S. Department of Defense projects and university oceanographic research. In the intervening 46 years, the company’s product line has grown exponentially to include underwater mateable, wet pluggable (metal shell and rubber), moist mate, and dry mate product categories of electrical and fiber-optic connectors. Applications have increased proportionately and now include offshore oil and gas exploration and production, undersea vehicle operation and research, geophysical survey, and telecommunications. Along the way, the company has become a full-service organization, able to take a product from R&D through design, prototyping, test/evaluation, manufacture, installation, and service. The company’s field service department dispatches a trained technician anywhere in the world within a day, from depots in Texas and Brazil. The small staff of 1968 has expanded to more than 800 employees in several countries today. 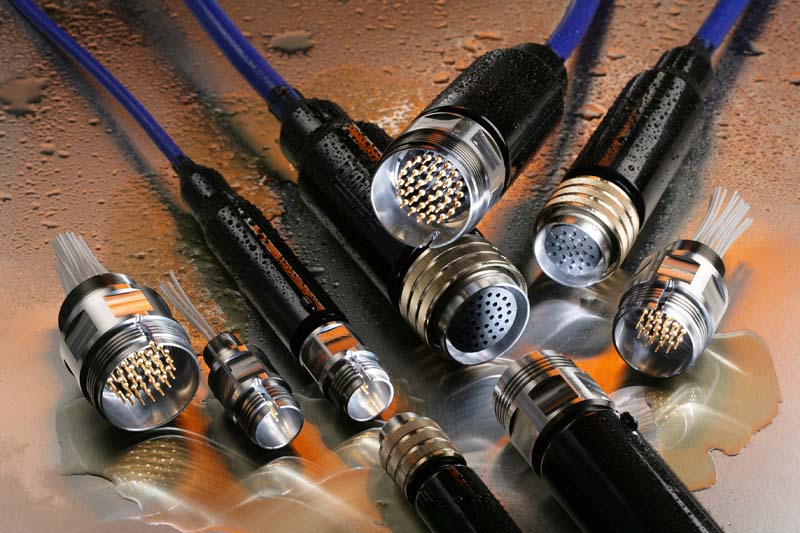 • The Hybralight is a 6- to 48-channel Angle Polished Contact (APC) optical and 1- to 4- channel 1kVAC electrical underwater mateable connector. It is oil-filled and pressure-balanced, working at depths up to 3,000 m. Applications include high-speed communications, production control, pumping and sensing systems, and riser and PRM systems.

Recent Company Developments
2014 has been an eventful year for SEACON in two major respects — corporate ownership and technology development.

In July, 2014, SEACON, privately held for 46 years, was acquired by TE Connectivity, a $13 billion Swiss company. TE designs and manufactures components of electronic connections for industries including automotive, energy and industrial, broadband communications, consumer devices, healthcare, and aerospace and defense. TE has 90,000 employees in over 50 countries. TE will bring an enhanced global sales and marketing network, as well as organic technical resources that SEACON will be able to leverage.

In the technology area, advances have been made in the areas of lower-cost connectors for alternative energy generation, connectors for subsea gas compression, American Petroleum Institute (API) compliance testing, and an adaptation of an existing connector line for use in explosive environments.

Wave & Tidal Electrical Power Generation
Given the finite nature of non-renewable energy sources such as oil and gas, global interest in alternative marine renewable energy sources — for example, wave and tidal energy — has dramatically increased over the last 10 years. Conceptual wave and tidal electrical power generators are now being developed in multiple countries.

An international collaboration centered in Orkney, Scotland is funded by the UK Government and international commercial interests to develop a commercially viable method of generating wave and tidal electrical energy fed through purpose-designed connectors to connect into the UK National Grid. SEACON is providing connector expertise to the project.

Company engineers realized that despite an existing wide range of wet-mate and fiber-optic connector types, to be a viable OEM in the marine renewable energy market, SEACON needed to develop a new, lower-cost power connector. The main project requirement is for 6.6kV, 100-amp, wet- and drymate connectors.

SEACON’s goal is to create a reliable new shallow-water (i. e., 30 to 60 m working depth) electrical connector that will function long-term (up to 25 years) at approximately 50% of the cost of currently available deep-ocean wet-mate and fiber-optic connectors, without compromising performance. SEACON expects to achieve this by applying its existing proprietary underwater mateable CM2000 electrical and Hydralight fiber optic connectors.

A SEACON-developed 6.6kV, 250-amp Hybrid connector currently called the CM2000 HB has been purpose-designed for the marine renewable energy application and is expected to be available early in 2015. The connector incorporates four power and four optical circuits into a single shell and will utilize existing, proven connection methods. It requires far less space than two individual circuits (connectors). The Hybrid will be tested to ensure that it delivers acceptable long-term performance characteristics despite the demands of the projected harsh working environment. Use of existing components, careful material selection, and designing the product for ease of installation should minimize costs.

SEACON plans to rate the CM2000 HB to handle more than 2MW at 6.6kV AC or more than 1MW at 3.3kV AC; 250 amps equates to approximately 2.3MW. Present generators Are rated at about 1MW, with plans to go to 1.5MW in the near future. Therefore, the new connector will be compatible with generators of considerably higher output than found at the present time. 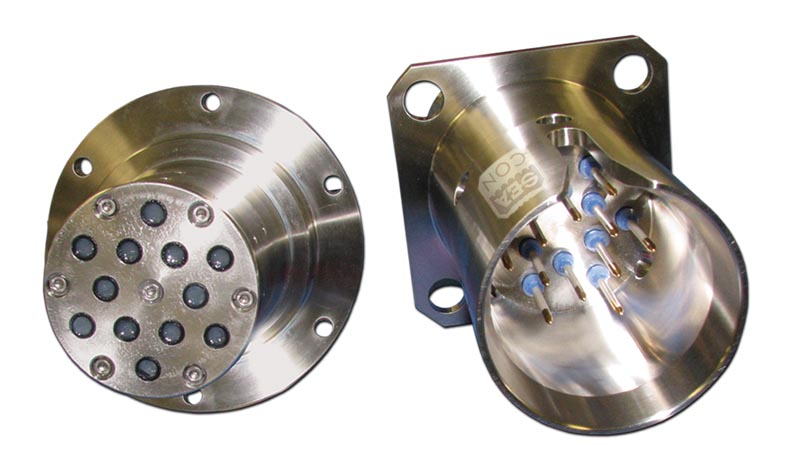 Gas Compression Capabilities
TE Connectivity, through its recently acquired businesses, SEACON and DEUTSCH, can provide connectors for subsea gas compression processes. TE DEUTSCH builds wet-mate electrical HV and LV connectors, and SEACON produces wetmate optical and electrical dry mate connectors. SEACON electro- optical connectors have the flexibility to work with virtually any vendor’s cable. Gas compression is significant because of its potential to deliver increased recovery, accelerated production, and operational flexibility to producing fields. Gas compression is regarded as a significant technical advancement in terms of enabling recovery without requiring additional topside compression equipment and sets the stage for the subsea factory of the future.

API Compliance Testing
Also in 2014, SEACON improved its Metal Shell Series connector range, which has been in production since the 1960s and is rated for full-ocean-depth pressure; it now meets the American Petroleum Institute requirements for design and testing in compliance with API Standards API 16D and 17E. Results were favorable, and the next step is to include thirdparty witness certification for the testing process. 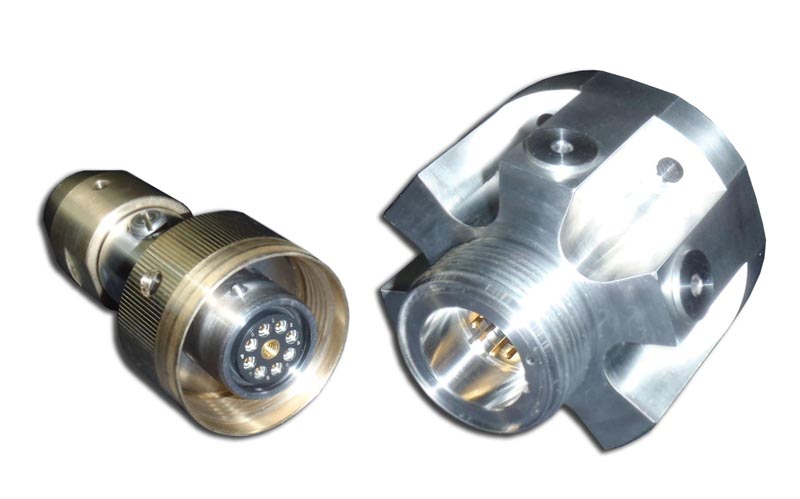 Connectors for Use in Explosive Environments SEACON has developed a new EXD (explosive gas environment) connector based upon the established SEA-MATE electrical connector, suitable for applications including topside FPSO and drilling vessels. The EXD is currently awaiting certification.

Conclusion
SEACON has prospered over nearly the last half-century by practicing the philosophy that to succeed in business, it is essential to listen to the customer. When a customer articulates a need, SEACON has done whatever was possible to meet that requirement. Sometimes that has involved adapting an existing SEACON product, other times the requirement has sparked the need for R&D to explore the feasibility and Develop a new product, and in others the cost made the investment impractical. But even in cases where SEACON could not provide a solution, a dialogue was established with the customer that would continue into future collaborations.

About the Author:
Michael Mulcahy, president of Michael Mulcahy & Associates, Inc., is a former U.S. Navy officer and former Sea Technology Magazine managing editor. He has written more than 100 ocean science and engineering articles. His interests include undersea connectors and cables, marine engineering, naval architecture, commercial diving, ROV operations, and ship salvage engineering. He is a graduate of the University of North Carolina at Chapel Hill.