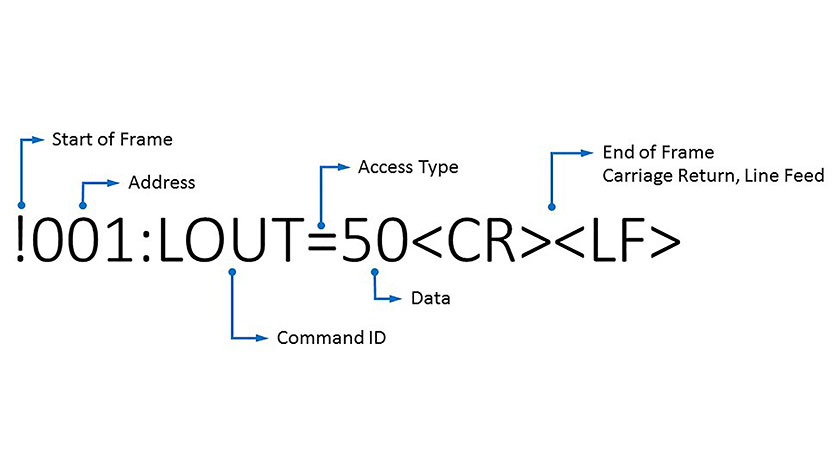 While developing their next generation of subsea products, DeepSea Power & Light uncovered limitations in existing EIA-232 and EIA-485 serial protocols used throughout the subsea industry. Some systems use binary protocols difficult to operate without additional software, and others are limited in functionality and extensibility. In response, DeepSea developed the SeaSense™ protocol, an innovative serial protocol offering access to advanced on-board monitoring, diagnostic, and control technologies while improving usability and flexibility over other protocols.

The SeaSense™ protocol uses human readable commands with simple formatting rules and an optional checksum field. Real-time validation and error-tolerant operation are built into the design to make testing and troubleshooting systems straightforward. SeaSense™-enabled products operate in multi-protocol installations and seamlessly respond to more than one serial protocol. For example, the HD Zoom SeaCam operates natively with both Sony VISCA™ and SeaSense™ commands.

A core command set and common formatting across all SeaSense™-enabled products keep the basic setup and operation consistent and simple. A typical command includes an address, a command ID, an access type character that designates what operation the command performs, and optional data (Figure 1). The combination of command IDs and access types both gives flexibility to the protocol and keeps unique commands to a minimum. Using the LED SeaLite® as an example, LOUT? queries the current light output, LOUT=50 sets the output to 50%, and LOUT+ or LOUT- increments or decrements from the current value.

The SeaSense™ protocol provides unprecedented levels of control. In addition to the basic LOUT command for the output light level, there are commands to change the dimming curve, customize and recall preset levels, change the power-on level, and limit the output power to match the available power budget. The new Multiray™ LED SeaLite® extends the protocol and control with commands to select, combine, and switch the color and beam pattern of the light (Figure 2).

SeaSense™-enabled products can work together by grouping multiple devices and operating them as one. Operators can set groups in order to control lights in physical proximity (e.g., starboard or port side), synchronize the beam pattern of a Multiray LED SeaLite® with the zoom position of a camera using user presets, or put an entire bank of devices into power-saving standby mode. Layers of these behaviors can be built on top of one another, as each device can belong to more than one group (Figure 3). The SeaSense™ protocol also offers broadcast commands that address all connected devices. Group and broadcast commands require multi-drop networks or the use of port-mirroring software to combine physical ports into a single virtual serial port. 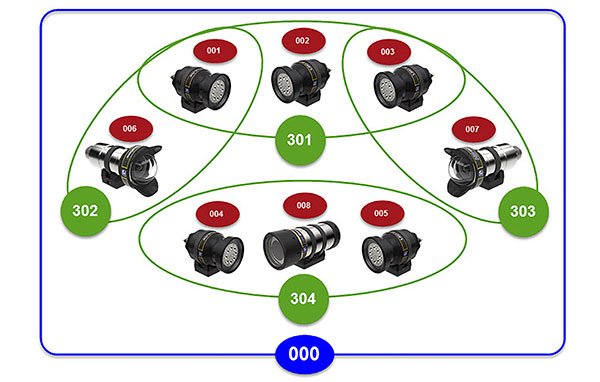 Group (green) and broadcast (blue) commands; individual devices (red) can be grouped together, and each device can belong to more than one group.

The SeaSense™ protocol is already a powerful means to expand the capabilities of subsea imaging systems. With scalable control over individual and groups of products, the utility of SeaSense™-enabled systems will continue to grow as DeepSea expands its next generation of products. More information is available online at www.deepsea.com/SeaSense.