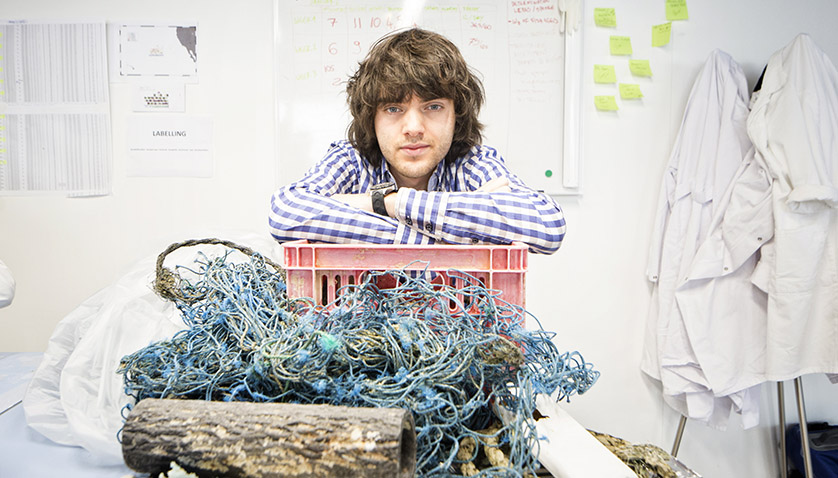 As Earth’s natural hoarders, the world’s five gyres have transformed the oceans’ landscape from crystal blue waters to vast fields of plastic dispersed over millions of square kilometers. Over the last decade, the “ocean garbage patches” have brought attention to the plight of our plastic-covered world. But, the challenge of removing human waste from these large, remote zones is enormous, and conventional methods—vessels and nets—would take thousands of years and tens of billions of dollars. Founded in 2013, by the then 18-year-old Boyan Slat, The Ocean Cleanup has been developing innovative technologies as part of a mission to remove plastic from the world’s oceans. After raising $31.5 million in just four years, the latest design of the world’s first passive clean-up system, built in collaboration with science and industry experts, has been announced. Now, at a fraction of the time and cost of conventional methods, half of the Great Pacific Garbage Patch could vanish in just five years’ time, giving hope to a cleaner future for a delicate and fragile ecosystem already under pressure.

Boyan Slat How to rid the oceans of plastic In June 2016, they deployed a 100-m long barrier segment in the North Sea, 23 km off the coast of The Netherlands. It was the first time the initial concept was tested, and the pilot led to several fundamental changes that have been incorporated into the new design revealed this May.

A representative of The Ocean Cleanup explains: “The system is in constant flux. The engineers continually test to ‘poke holes’ in the design and are constantly changing components such as materials, connections between the elements, and dimensions. But, the biggest visible change is the switch from a moored to a free-floating system. The idea came from experience in offshore engineering and deep-sea mooring—we knew that the more static a system needs to be, the higher the costs involved. We learned that changing the design has many advantages—along with reduced cost, there is a higher plastic capture efficiency and lower pressure on the barrier from wind, waves, and currents. We also knew that if we want to catch plastic, we need to act like plastic.”

Researching the forces of the mooring system in the water column, engineers came up with the idea to use the diminishing current speeds at deeper levels to the technology’s’ advantage. This provided an opportunity to slow down the system versus the ocean’s surface using sea anchors. By using sea anchors, the boom moves slower than the plastic while on the same route, increasing the capture efficiency. The new design revealed this year includes a U-shape floater 1 to 2 km in length—a huge reduction in size from the original that stretched across 100 km. The floater will be a continuous hard-walled pipe made from high-density polyethylene (HDPE), an extremely durable and recyclable material. Instead of using nets, a solid screen will catch the sub-surface debris and allow sea life to pass underneath. The plastic will accumulate in the center of the U-shape floater, allowing vessels to easily collect and transport the debris back to land for recycling.

“From the North Sea prototype, we learned about the dynamic behavior of a barrier system in the open sea as well as the assembly, installation, and operation of such a system. We now believe the newest solution is a much more robust and efficient way of cleaning the oceans. It will not be perfect yet, but it will be a good starting point in the process of testing and improving the system in the Pacific.” By late 2017, The Ocean Cleanup aims to launch the first operational pilot system in Pacific waters. The upcoming pilot will represent the most significant milestone to the world’s first ever full-scale clean-up of marine plastic pollution. The team will continue to address design challenges and further optimize the system over the coming months.

“The project is full of engineering challenges. Since we changed to the mobile system, we now face substantially fewer forces on the system compared to when it was static. But, the ocean is still a harsh environment, and the system remains large. It will be subject to constant wear and tear by water, currents, and sun exposure. So, all the parts and the connections holding the parts together need to be durable. For that reason, we also continuously try to keep the design as simple as possible, built up from as few parts and moving connections as we can. Besides this, the system, of course, needs to capture plastic efficiently. By reviewing all the options and continuing our testing, we can make the operation successful and bring the world a step closer to a less polluted ocean.”

The Ocean Cleanup will also be researching environmental impact. By conducting field studies, they hope to reveal any unexpected effects on include the accumulation of plankton, the “FAD” (Fish Aggregation Device) effect, and the interference with migration pathways of, for example, tuna and whales. As part of this research, an Environmental Impact Assessment Board has been established comprising internationally renowned professors. A selection of large objects observed in the Great Pacific Garbage Patch during the aerial expedition. Photo credit: The Ocean Cleanup.

A Cleaner Future for the World’s Oceans

After the pilot, the first fully operational clean-up system will be deployed in the Great Pacific Garbage Patch within the next 12 months. More systems will be gradually added, until reaching full-scale deployment by 2020.

“We will not be able to get every last gram of plastic out of the Great Pacific Garbage Patch, but calculations show we can remove 50% in just five years from deployment of our system. An 80% to 90% reduction should be possible by 2050. And, if the technology we are building is combined with source reduction initiatives, an even more significant drop of floating marine litter in the convergence zones of the oceans can be reached.” As humanity begins its journey to reverse our damage on an already pressured ecosystem, it cannot be achieved without the support of science and industry. By developing innovative technologies to lessen the presence of human waste, the oceans’ natural landscape can slowly return along with the benefits that a healthier ecosystem offers.

“Taking care of the world’s ocean garbage problem is one of the largest environmental challenges humankind faces today. Millions of tons of plastic have entered the oceans, damaging ecosystems and entering the food chain. Although it is essential to prevent more plastic from entering the oceans, the plastic that’s already trapped in the oceans currents will not go away by itself. Although most of the plastic is large debris, UV radiation will break it down into smaller particles—particles that are much more dangerous to our environment. If we wait another few decades before we act, the number of microplastics will increase 50 times. By then, we would be in even more trouble.”