Survival Systems USA, Inc. is an employee owned company in Groton, Connecticut dedicated to safety and survival education. The family of companies was established in the1980s in Dartmouth, Nova Scotia after Canadian pilot and founder Albert Bohemier survived a plane crash.He credited his survival to the training he received while in the military. 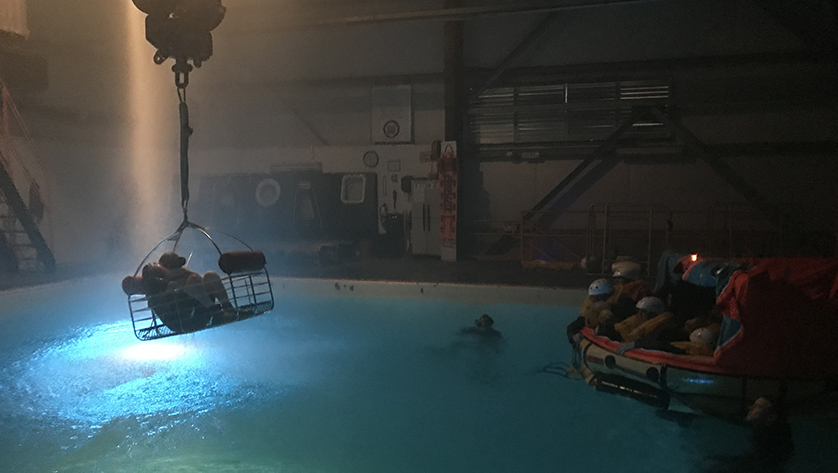 Recent years have seen an explosion in the number of applications for unmanned surface vessels (USVs), including a game-changing solution for Passive Acoustic Monitoring (PAM) detection of whales or submarines, the AutoNaut.

Low noise, high mobility, and long mission duration are key requirements for acoustic surveys. These are areas where AutoNaut is particularly capable, enabling the measurement of underwater sound and monitoring of marine mammals, which are two tasks in high demand from both the commercial and academic sectors. For defence purposes, the same capabilities mean proficiency in listening for submarines. 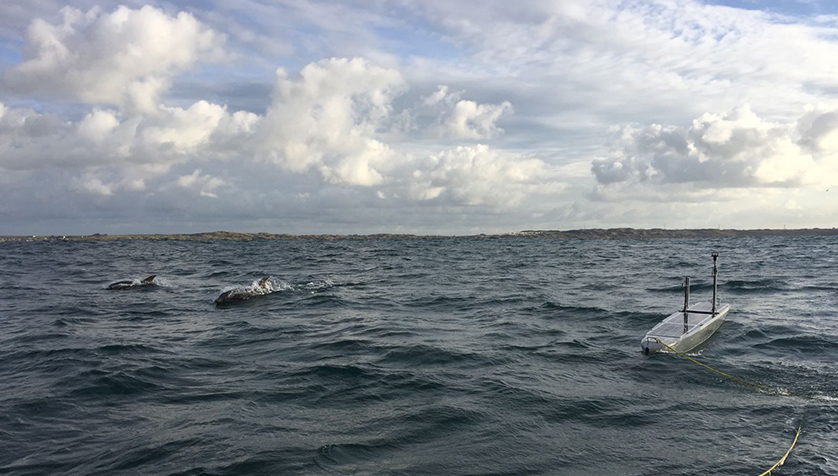 From the Field - TE SubCom 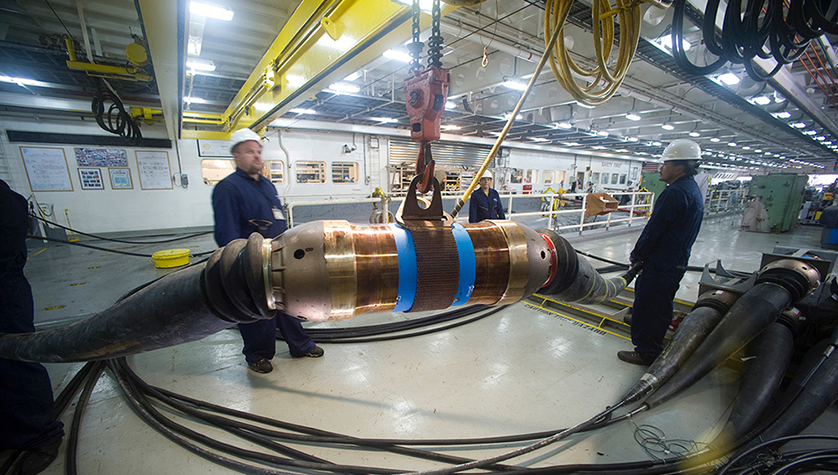 Kystdesign AS: 20 Years’ Experience In The Deep

Subsea company Kystdesign AS has had the Norwegian continental shelf as its nearest neighbor for 20 years and has demonstrated the ability to deliver complete ROV solutions to the oil and energy industry at a time of rapid change in the market in terms of both water depths and technological demands. 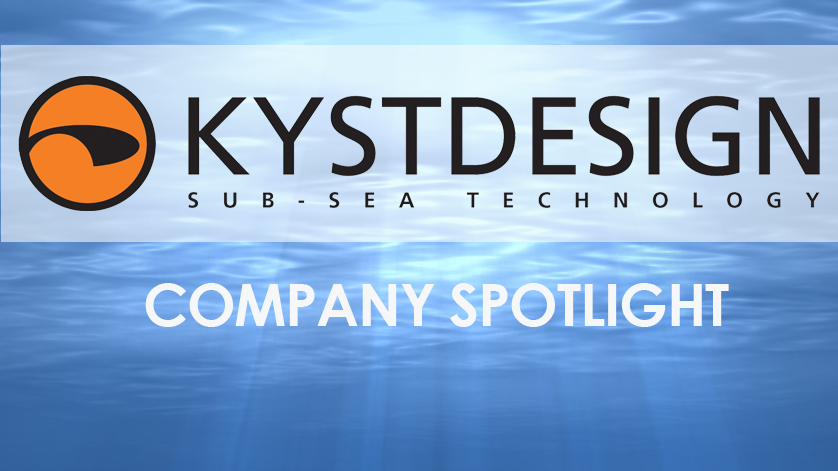 Evolutions In Subsea Fiber Optic Connectors: A Review Of Historical Uses And Preview Of The Future

Optical fiber has enabled greater bandwidth, more safety, and more configurability in subsea oil and gas systems. Wet-mate connector evolution launched widespread fiber use in the early 1990s, while the development of high-pressure fiber penetrations increased the reach of optics into subsea wells and pressure vessels in the early 2000s. Advancements in optical connector design, such as angled endfaces, have recently enabled a new era of optical sensing. 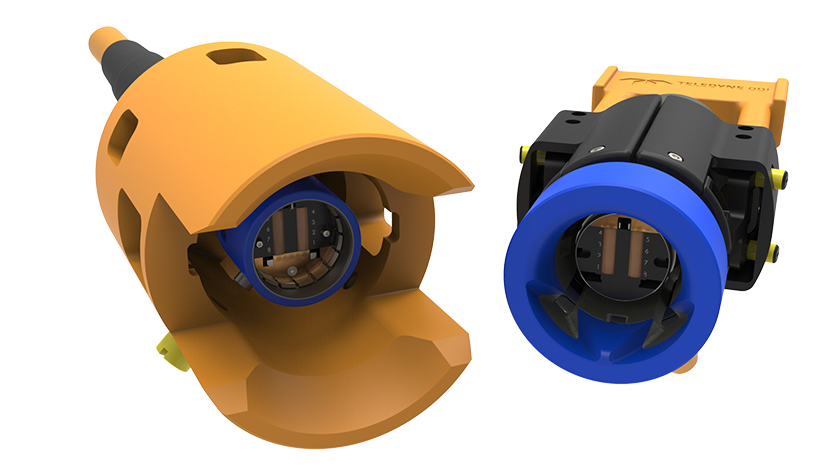 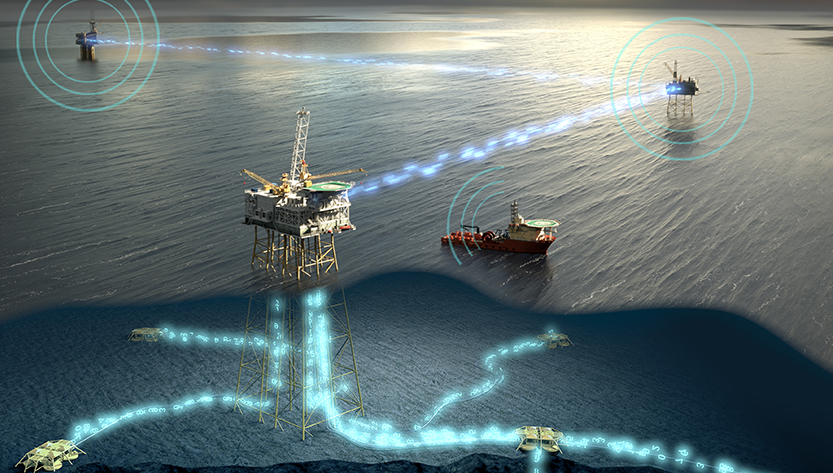 EvoLogics GmbH, Berlin, Germany, designs and manufactures underwater information and communication systems as well as smart robotic solutions. The company’s core technologies stem from bionic concepts that fuse state-of-the-art engineering with the best ideas found in nature. EvoLogics’ “ecosystem” of products includes several series of underwater acoustic modems, underwater positioning systems (USBL, LBL, SBL), and an advanced framework for developers. Development, research, and innovation are the cornerstones of the company—it is an active collaborator of several EU-funded projects, focusing the efforts on communication and positioning for distributed underwater networks.

Due to their strategic and economic importance, critical national infrastructure (CNI) such as nuclear power plants, dams, LNG terminals, and offshore oil platforms represent attractive targets for sabotage. While these CNI installations have stringent above-the-water security measures, including physical barriers, access control, radar, and long-range opto-electrical sensors, they are not generally equipped to detect intrusions from below the water. That’s why constant, real-time underwater monitoring using a diver detection sonar (DDS) can help ensure a facility is fully protected. 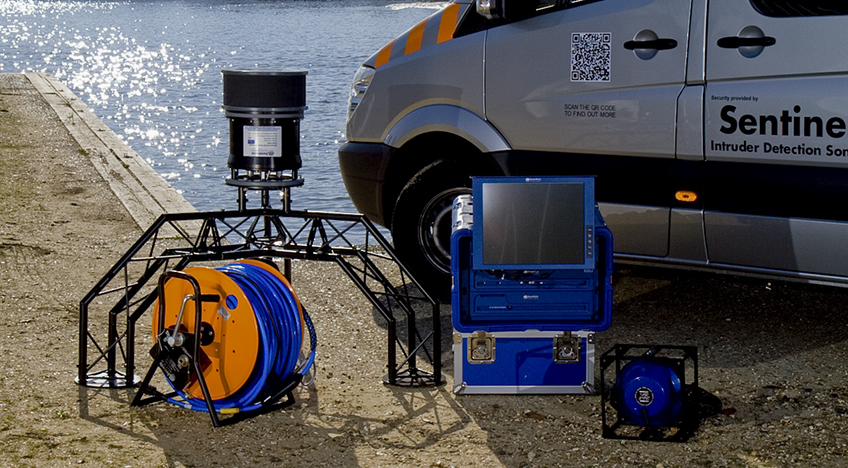 Think back 25 years when autonomous maritime systems were futuristic and found only in the most prestigious academic U.S. institutions and Navy R&D laboratories. Due to the state of technology, they were designed for single, special purpose applications. Mission durations were measured in hours or days, not months or years and data were retrieved only once the systems were recovered, if they were recovered at all. Meteorology, oceanography, and defense organizations were the early pioneers leading the charge to use unmanned systems to advance research and surveillance capabilities.

An excellent example is the recent Arctic mission conducted by Woods Hole Oceanographic Institute and the University of Michigan. The research team deployed Wave Gliders<sup>®</sup>, unmanned surface vehicles, to gather measurements for weather, climate change, biological, and other environmental monitoring. Their task was to measure the Arctic waves in the Beaufort Sea. Cumulatively, these USVs spent 900 days at sea surveying over 36,000 nautical miles. An accomplishment, that less than a decade ago, would not have been possible.

Dual-use METOC Missions Across Industries Across the defense, oil and gas, and commercial markets, there is an increasing demand for unmanned systems capable of supporting METOC data collection in conjunction with their primary mission. The ability to collect and communicate accurate, in-situ weather data for real-time situational awareness is vital to ensure safe operations and mission success. Additionally, by adding weather or other biological sensors to these long, unmanned missions, researchers can gain weather, climate, and other biological data in sparsely sampled portions of the world's ocean. This data can provide valuable insight to ocean conditions rarely observed.

Below are several mission examples of how Liquid Robotics' Wave Gliders<sup>®</sup> have been deployed for dualuse METOC missions. In each case, they successfully supported a mixed payload of METOC and acoustic sensors, cameras, GPS, and communications on long duration, mobile platforms.

• Unmanned Warrior 2016: A semiannual defense training exercise hosted by United Kingdom's Royal Navy and designed to demonstrate the use and networking of autonomous maritime systems. During this exercise, Liquid Robotics and Boeing demonstrated, for the first time, the use of a network of persistent USVs to detect, report, and track a live submarine in a naval demonstration. Equally valuable, the USVs from Liquid Robotics were equipped with meteorological and oceanographic sensors and were deployed to the North Atlantic to gather data that ultimately contributed to sensor prediction models for the entire Unmanned Warrior and Joint Warrior exercise. These systems operated 24/7 in harsh conditions unfavorable for manned operations—waves in excess of 6.6 m and winds of more than 60 knots—to autonomously provide real-time data on the weather and ocean conditions critical to the safe operation of the Unmanned Warrior systems. • Illegal, Unregulated and Unreported Fishing: USVs are beginning to be used to combat the escalating threats of Illegal, Unregulated and Unreported (IUU) fishing. Working in concert with other manned and unmanned systems, Wave Gliders<sup>®</sup> have patrolled remote, vast areas of the ocean to detect the presence of surface vessels around Marine Protected Areas (MPAs) or Exclusive Economic Zones (EEZs).

• Seismic Surveys and Weather Condition Surveys: USVs, specifically Wave Gliders<sup>®</sup>, have been used to monitor ocean currents for activities such as seismic surveys as well as the weather conditions around offshore oilrigs. Having the capability to support mixed payloads of METOC sensors, current sensors, acoustic receivers, and communications devices on one platform provides operators with a way to enhance situational awareness and ensure safe maritime operations around multi-billion dollar oil operations.

Autonomous, unmanned systems provide meteorologists, oceanographers, and scientists with a new and more efficient platform for gathering measurements. While buoys, ships of opportunity, and satellites will continue to play roles in data collection, vehicles like the Wave Glider provide the foundation for cost-efficient systems for long-duration data collection. They are being used in multiple ways:

• Extended duration sampling with other platforms for climate research – The Council for Scientific and Industrial Research (CSIR)-led Southern Ocean Carbon Climate Observatory (SOCCO) program in South Africa has been using Wave Gliders and buoyancy gliders on multi-month missions to advance climate research in the Southern Ocean.

• Long-term observation networks – Today, when a buoy or buoy-based system breaks, the effort to repair it is typically expensive and time consuming, resulting in long periods without measurements. Even when the budget exists, getting boat availability and fixing a buoy can be hampered by weather and resource availability. Unmanned systems that are both mobile and capable of holding station provide a flexible way to increase system uptime. When a system or node has problems, another one can swim out to replace it, which typically allows one showing problems to swim home for inspection or repair.

On the Horizon, the Digital Ocean

The use of autonomous systems has proven invaluable as a way to lower the costs and risks of collecting data needed to advance weather modeling and forecasting. The latest technological advancements that provide intelligent, long-duration, dual-use systems will further help researchers better understand the complex weather conditions driven by the ocean.

As we look to the future, unmanned systems will further transform the way we interact and learn about ocean and, in turn, our planet. Over the next decade, systems will continue to advance in levels of endurance, power, intelligence, and autonomy. However, the scientific breakthroughs required to address weather and global climate change, ocean preservation, maritime security, and other grand challenges will be different. Systems and data will be more interconnected, making the ocean more digital and instant access to ocean data a reality. Imagine the breakthroughs in forecasting for climatologists and meteorologists. With collaboration and continued innovation, it's possible and just over the horizon. 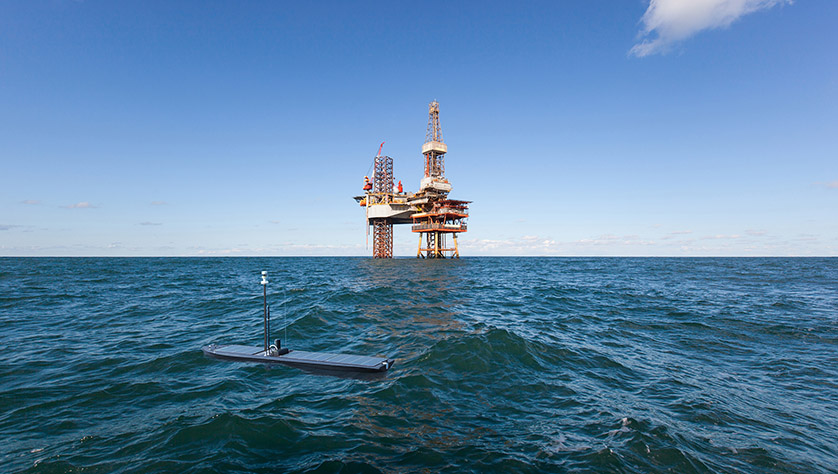