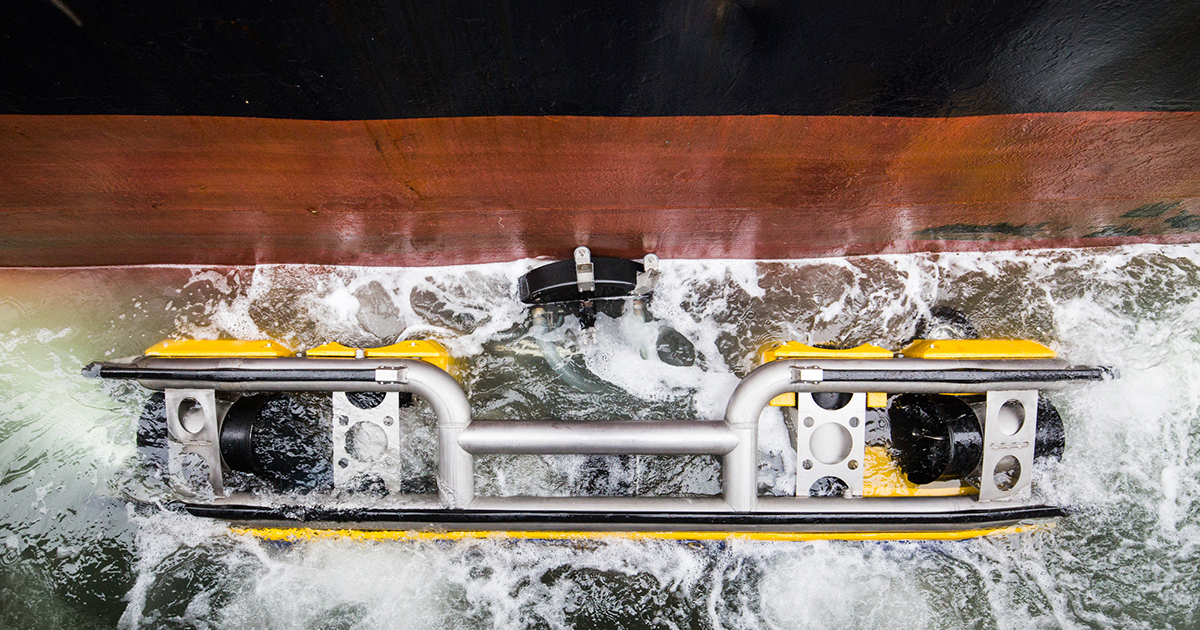 Some problems are too big for one industry alone to solve. They require sector collaboration and the cross pollination of fresh ideas. Vessel biofouling—the undesirable accumulation of plants, algae and microorganisms on a ship’s hull—is one such dilemma and an issue that, owing to the planned tightening of maritime regulations, demands immediate action.

Biofouling benefits no one, other than invasive aquatic species, perhaps. When vessels travel in and out of international waters, from one port to another, they provide perfect passage for these nomad biofoulers, and inadvertently spread intrusive foreign species to other parts of the world. Besides this mounting biothreat to our planet’s marine ecosystems, there are the escalating costs of at-sea inefficiencies to contemplate: Colonized hulls cause exponential friction which, according to the Office of Naval Research, can cause up to 60 percent more hydrodynamic drag; the more drag, the higher the fuel consumption and, of course, the corresponding CO2 emissions.

The numbers are staggering: The International Maritime Organization (IMO) suggests that clean, smooth hulls and propellers can equate to fuel savings of as much as 10 percent, a figure supported by U.S. Navy studies that cite biofouling as a “chronic and costly problem,” while the Clean Shipping Coalition estimates that biofouling on hulls cost the shipping industry as much as $30 billion per year.

Biofouling rates are influenced by a number of factors—from naval architecture to coating systems to waters navigated—so accumulation patterns vary. This makes monitoring this out-of-sight enemy tricky, but imperative. The first stage, exacerbated by warmer port waters, is the attachment of biofilm, a process that begins within hours of hull submersion. This initial layer can be removed without excessive force but as it accumulates it becomes increasingly difficult to detach without causing damage to expensive—and often toxic—hull coatings. In other words, the timing of biofouling inspection and subsequent intervention is critical to both hull performance and integrity.

To read this Editorial Focus, which was featured in ON&T August 2020, click here.