The public abandoned paper maps in favor of Geographic Information Systems (GIS), so why hasn’t the survey industry? The preferred source of driving directions has moved from paper maps to GPS units to smartphones in under two decades, yet seabed survey data are still delivered in outdated formats. Archaic legacy data formats hidden amid complex file structures are delivered alongside paper charts and drawings that collect dust on clients’ shelves. While determining infrastructure locations on the seafloor could be done using objective analysis, it is still completed by matching pixels to a color ramp. As GIS platforms for smarter data deliveries are readily available, Exploration and Production (E&P) companies and survey contractors should move from archaic deliveries formats to simpler, more cost-effective, intelligent methods. 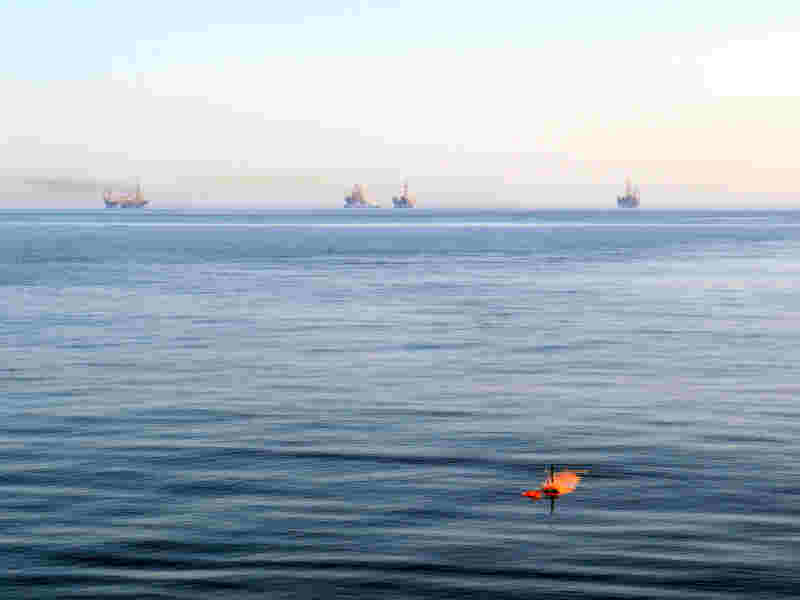 What is “Dumb” Data?

The inherent intelligence of data can be defined by the extent to which it is accessible and able to be queried and manipulated. Consumers use the Internet to find the closest gas station and plan the best route to a given destination using intelligent GIS platforms that access inherently “smart” data. If this same definition is used to measure the current state of seabed survey deliverables, many of the industry’s legacy data formats start to look pretty “dumb” pretty quickly. For example, a paper chart or CAD drawing whose color ramp provides the depth of the pipeline within 5 m, not centimeters, is pretty “dumb.” A side-scan targets report *.pdf that shows a surveyed wellhead location, yet provides no way to find the nearest seabed feature or quickly query its description, slope, or associated backscatter amplitude is pretty “dumb.” Investigating a fault surface with four software programs to accomplish what an existing GIS platform could do with only one is pretty “dumb.” The phrase “dumb data,” while blunt, is appropriate.

When considering the data from which AUV survey deliverables are generated, dumb data can also be considered dumbed-down data. Post-processing and interpreting inherently valuable AUV survey data require costly, time-consuming software, tools, and personnel. This effort’s value, however, is lost when the interpretation is delivered to the client as a point on a paper chart or a drawing file. Furthermore, dumbed- down data are reductive, requiring additional effort to be taken to cross-reference reports, additional charts, and survey data files in order to find out more information about the feature and its surroundings. The process of formatting data for delivery is stripping it of its value and potential utility, reducing what could be an interactive and intelligent object to a drawn point on a map. This is why E&P companies and survey contractors need to rethink their systems for generating, exchanging, and using seabed survey data. Fortunately, a smarter solution is already here (and has been for some time).

As a system for managing and analyzing spatial data, GIS is simply better. It replaces generations of archaic drawings and data processing workflows with a single, modern platform. It offers functionality beyond what programs like AutoCAD can provide with a system that allows users to generate, store, manipulate, and compare numerous formats and layers of data. GIS supports complex, yet customizable data models to serve the needs of an enormous range of industries, including oil and gas, maritime, and the public sectors. Essentially, it is a comprehensive integrated analysis platform for spatial data that is objective, risk reducing, and cost effective.

Of the vast number of tools and templates that GIS offers, one model is ideally suited for delivering AUV survey data. Seabed Survey Data Model (SSDM) is a modern, industry-standard template for delivering seabed survey data developed by the International Association of Oil and Gas Producers (OGP) Geomatics Group. SSDM is an ideal platform for delivering AUV survey data as it includes template feature classes for storing spatial data on environmental samples, seabed features, sediment classifications, and shallow and intermediate geology interpretations as well as standard survey measurements like bathymetry and survey tracklines.

While its functionality makes GIS the optimal platform for delivering intelligent data, the question of how to extract the most value out of existing legacy data remains. Dumb data formats, while burdensome to use, still have the ability to provide some information for more objective analyses with only minor legwork and manipulation. Through updating data to GIS formats such as SSDM, additional technical equity can be realized from these out-of-date data.

To evaluate the difficulty in updating legacy formatted AUV data, DOF Subsea recently undertook a pilot research and development project to import legacy non-GIS formatted data to a SSDM geodatabase. The project yielded very positive results, as the survey data deliverables from a 25-day AUV survey were able to be loaded to a SSDM geodatabase with a 5-day effort. Though results are only available from the first trial of this work, it suggested that with existing SSDM and GIS tools and programs, seabed survey expertise, and some trial and error, legacy data could be modernized to support smarter integrated analysis.

The Road Atlas Stays, For Now

While motorists still keep backup paper maps stored somewhere in their cars, the primary spatial data tool they use for navigation and finding the closest landmark has shifted to GIS systems. Seabed survey deliverables, however, haven’t evolved from dumb data formats into available modern tools like SSDM. Legacy data formats are cumbersome and unmanageable. They do not provide an optimal platform that allows end-users to make the most informed, objective decisions. By updating archived data formats and moving to modern GIS tools, the offshore oil and gas industry can make safer, more intelligent detailed engineering decisions. Just as the public has abandoned legacy formats in favor of smarter spatial tools, E&P companies and their survey contractors should ditch these archaic formats to bring their data into modern times.