As above-surface surveillance systems become ever more sophisticated at detecting threats and terrorist groups look to exploit their vulnerability, a sub-sea intruder detection system is necessary to provide a full surveillance capability. Sonardyne's Sentinel Intruder Detection Sonar (IDS) is the system of choice to ensure complete surveillance, providing the underwater solution that is always alert to the danger.

The protection of strategic and high-value marine assets — including oil and gas installations, power stations, ports and harbors, megayachts, and commercial and naval vessels — from terror threats and insurgents is becoming critical. Above-surface systems have become more sophisticated but can be bypassed with relative ease by a diver. This has driven the demand for an underwater security solution that provides complete and detailed coverage 24/7, is easy to operate, and can be integrated with other sensors to provide a comprehensive security solution. 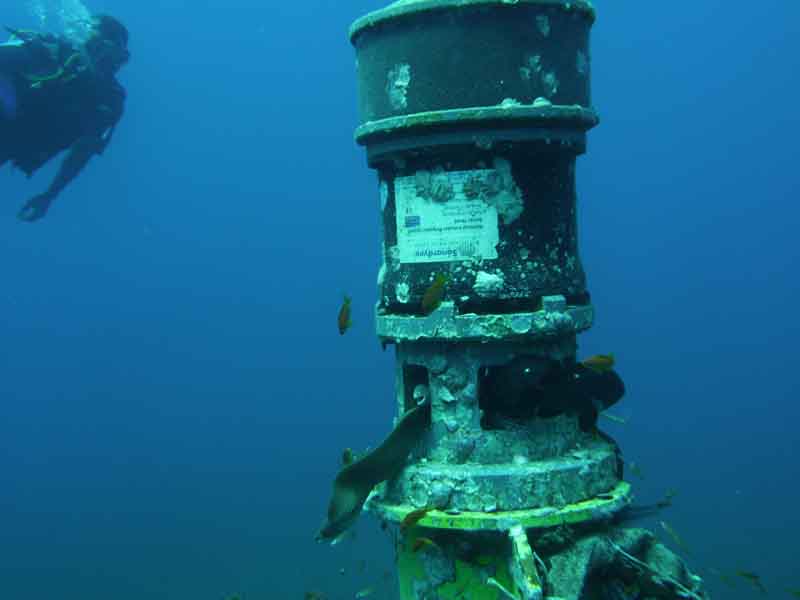 To help customers both detect and deter this emerging threat, Sonardyne's Maritime Security division has developed the world's best-selling underwater surveillance system, Sentinel IDS. Introduced in 2007, it is easy to deploy and has proven low false alarm rates. The system reliably detects, tracks, and classifies divers approaching strategic and high-value marine assets from up to 1 km away and in a full 360° arc, providing ample warning time for security teams to react.

Quick and easy to install, Sentinel IDS can be put to work virtually anywhere. The small design of its sonar head enables a variety of deployment options, including light weight alloy frames for short term deployment; seabed mounts; wall, pile, or rail mounts for shore-side facilities; and hull or over-the-side deployment for mounting on vessels.

Besides its proven capabilities and cost-effectiveness, a major benefit of Sentinel IDS is that once deployed the system requires minimal user intervention. Its autonomous operation means that it can be positioned and left to do what it does best; seeking out and detecting intruders that shouldn't be there.

To provide underwater surveillance at larger facilities, such as ports and harbors or shore-side critical national infrastructure, up to 10 sonar heads can be deployed and networked together to provide the required underwater surveillance coverage. The multi-head systems are fully integrated so that a target can be seamlessly tracked as it passes from the view of one sonar head to the next.

Using acoustic signature classification, Sentinel IDS can determine the type of threat that has been detected and identify whether the threat is a scuba or closed circuit diver, underwater vehicle, or assisted diver. This information is automatically separated from tracked non-threats such as fauna, cetacean, fish, and flotsam for low false alarm rates. 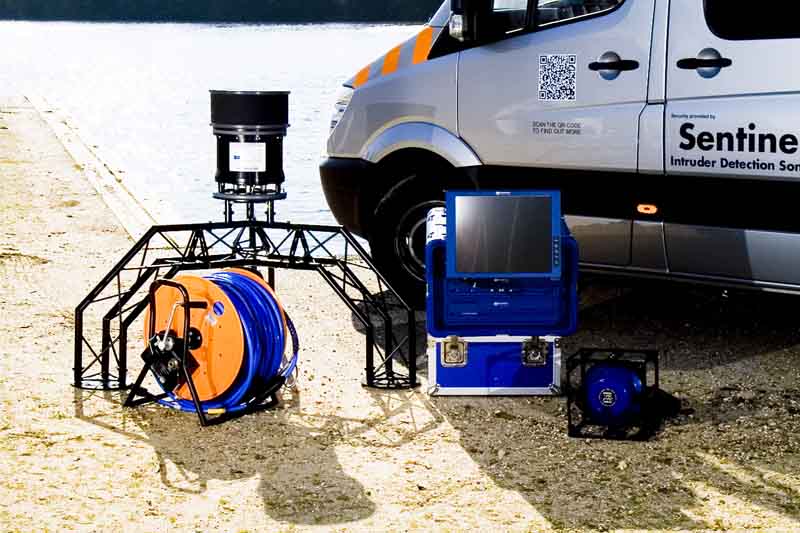 So what to do once the intruder has been detected? Sentinel IDS can also be configured to automatically trigger Scylla, an underwater loud hailing device. Using a pre-recorded or live broadcast, security personnel can deliver an audible early warning to the incoming threat that they have entered a protected area. If the target continues to approach, action can be escalated to include optional third-party deterrents.

Different users have different needs, so Sentinel is available as either a rack-mounted system for permanent deployment or in a rugged casing for expeditionary deployment. Additionally, Sentinel XF (Extra Functionality) is designed to meet the requirements of military and government organizations.

That's today, but what of tomorrow? As the threat landscape changes, Sonardyne's maritime security division's ongoing development program will ensure that the Sentinel range is constantly evolving to keep pace with customer needs. For more information on Sentinel and future developments, visit the products section of the Sonardyne website (www.sonardyne.com).