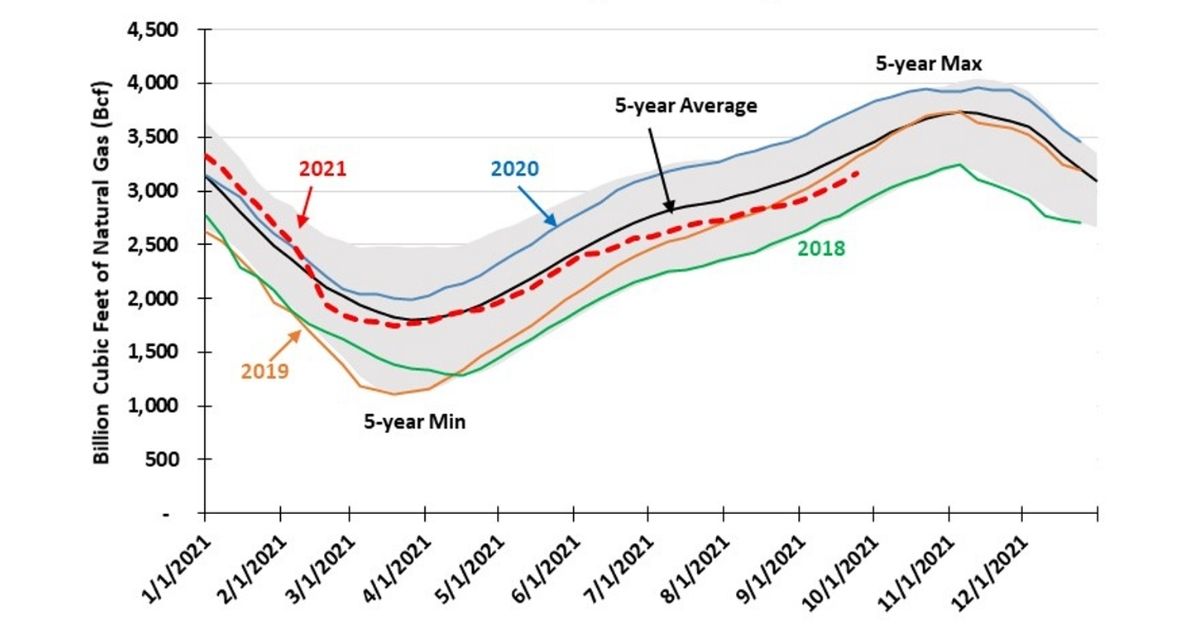 WTI oil prices have revved up and climbed back into the mid-$70s per barrel range. Across the pond, Brent futures prices are over $80. Not surprisingly, talk about a new bull market in commodities has reemerged, and some forecasters say it may last for years! Why are prices rallying?

A combination of the economic revival from the pandemic, despite the recurring outbreaks of the Delta variant of COVID-19, and tightening supply are why. Like the original COVI-19 virus, the Delta variant has a cycle of virus cases, hospitalizations, and deaths climbing to a peak but then rapidly declining. This pattern means economic activity revives as variant cases decline, pushing up energy use. At the same time, supply disruptions from Hurricane Ida have cut crude oil and refined product output. OPEC’s measured restoration of its supply cutbacks and production issues for certain OPEC producers have limited global oil supply growth. The result? Higher oil prices. 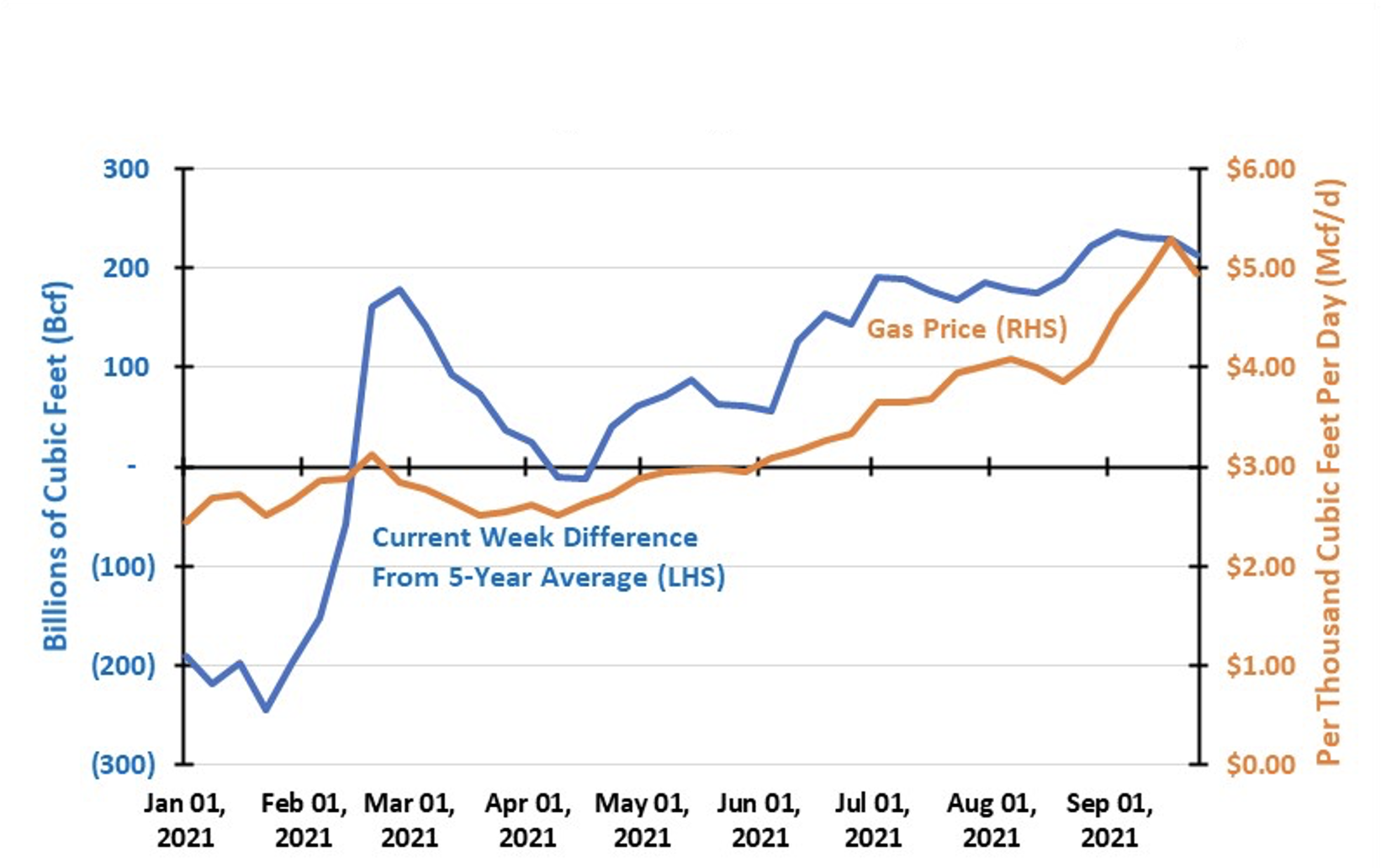 Incremental oil demand has appeared in response to problems within the global energy market. The failure of renewable energy to deliver the anticipated electricity in Europe due to stillness forced utilities to scramble to find alternative power supplies. The easiest move was to step up the burning of natural gas, and then restarting recently retired coal-fired power plants.

In Asia where developing economies are responding to population growth and robust economic activity, countries are straining to meet power needs. Natural gas has become very expensive, pushing governments to turn to local and imported coal, but those prices are soaring, too. As a result, some utilities are resorting to burning crude oil for power generation, adding to global oil demand.

The oil producing infrastructure in the Gulf of Mexico and onshore in Louisiana was damaged and kept offline for most of September due to Hurricane Ida. With the United States one of the world’s three largest global oil producers, such a supply disruption has an impact on the world’s supply. OPEC+ is planning each month to only add 400,000 barrels per day into the global supply. By adhering to that schedule, OPEC is not positioned to ramp up supply quicker when demand rises faster than anticipated.

Underlying higher global oil prices is the new DNA of the E&P industry. After years of losses caused by aggressive oil drilling during a low-price environment, executives are now exercising financial discipline in managing capital. Money for drilling new wells is restricted, with excess capital being returned to investors via dividends and share repurchases. This new corporate DNA suggests a restrained oil supply growth future, which means a tighter supply/demand balance and higher sustained oil prices. It is this prospect, despite near-term volatility, that will drive oil prices in the future. 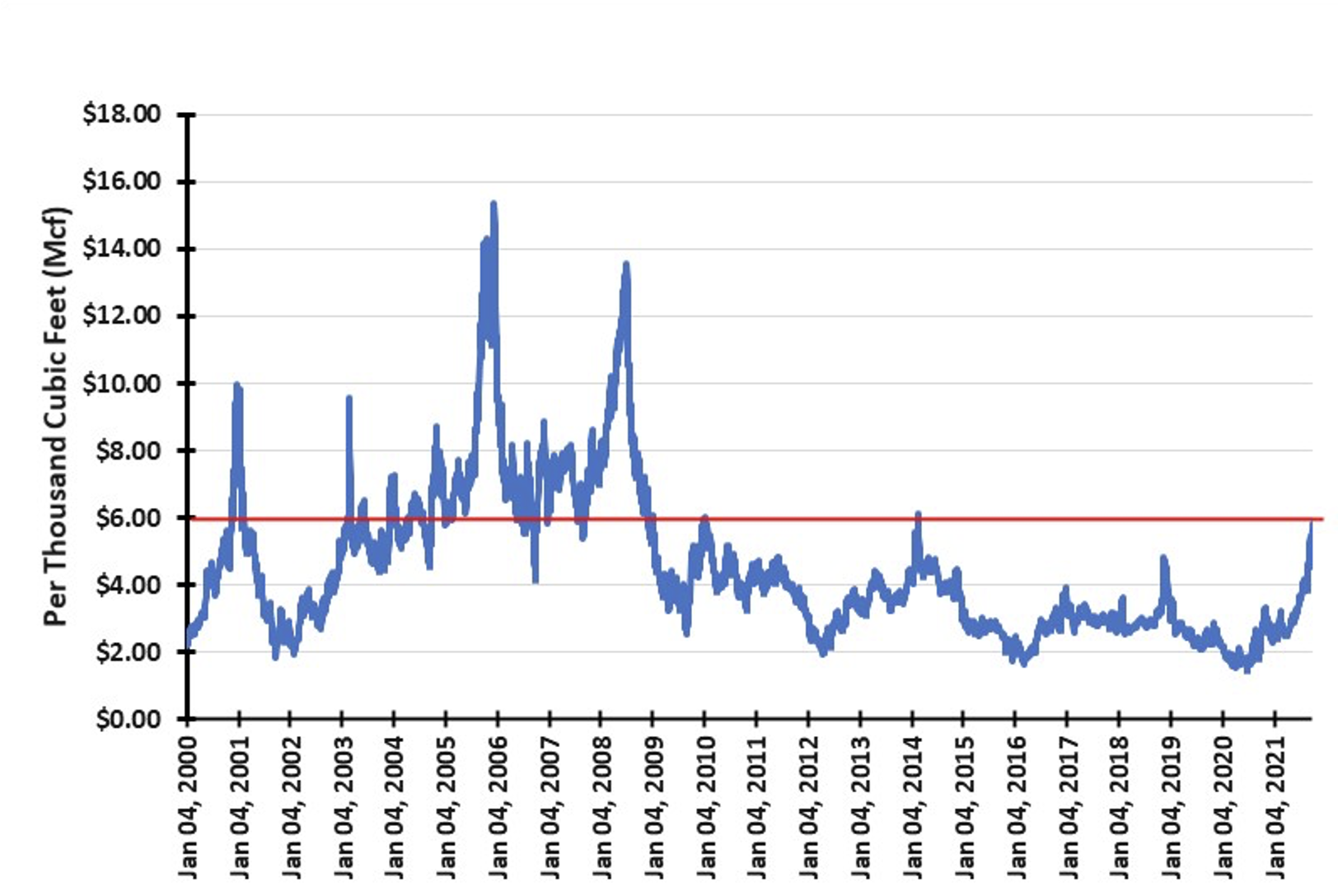 Wow! The $5 per thousand cubic foot barrier presented little resistance for natural gas prices. Now, we have broken through the $6 barrier, although the price subsequently fell back. The rapidity with which gas prices have climbed from $4 to these elevated levels underscores the turmoil in the global natural gas industry. That turmoil will last for as long as gas supply concerns linger.

Global gas markets are still reacting to the colder than expected winter of 2020-21 that drained gas storage volumes in Asia, Europe, and the United States. Gas use was also boosted by the underperformance of renewable energy in Europe. As electricity from wind and solar fell below anticipated amounts, utilities had to turn to coal- and gas-fired power for backup supplies. Keeping the lights on drove increased gas consumption, but as summer progressed and rebuilding storage for the upcoming winter lagged, gas prices rose as demand had to be restrained and new supplies secured. 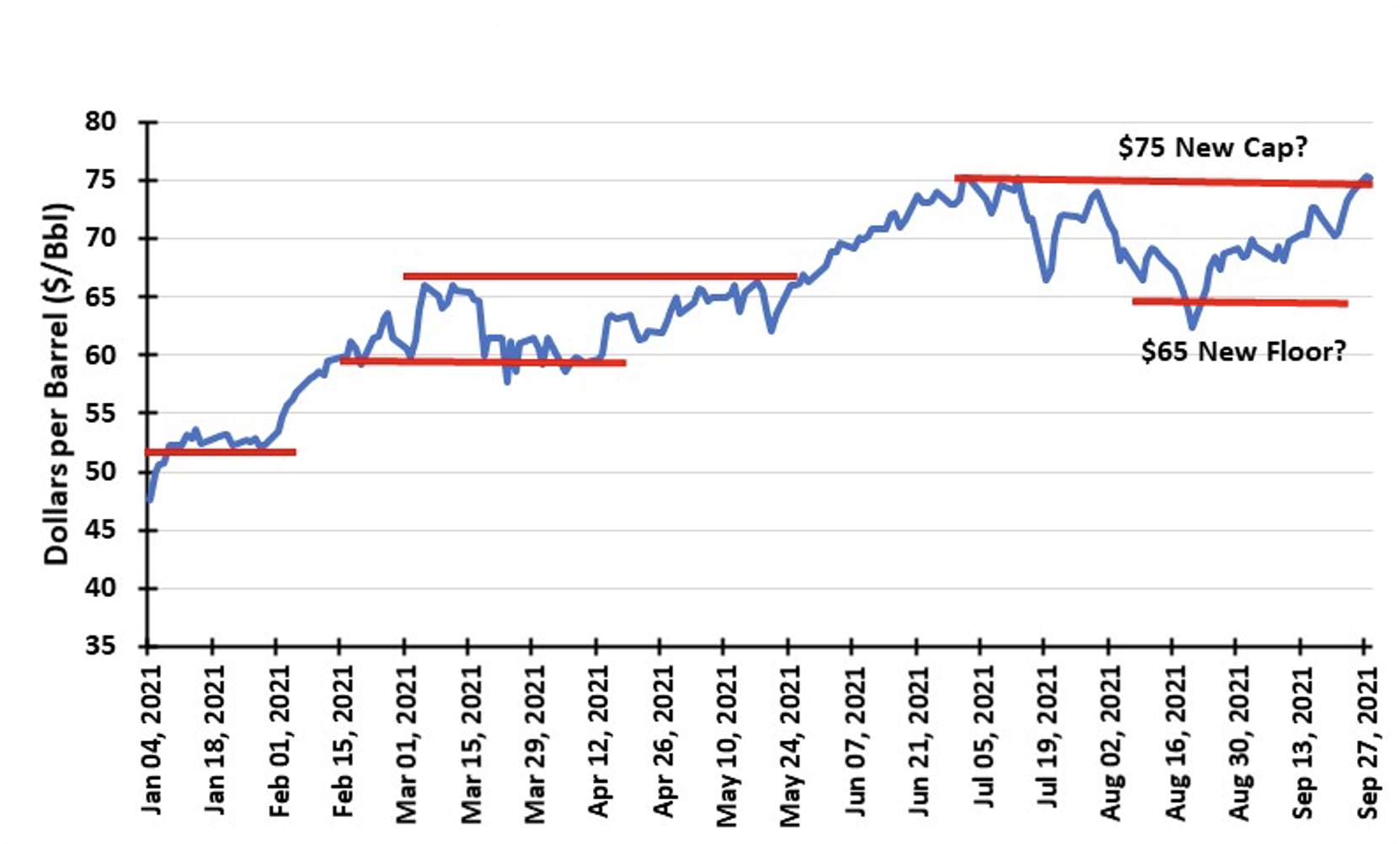 Not only was Europe struggling with gas supplies and prices, so too was Asia, driven largely by China’s need for increased energy, and more energy from lower carbon fuels. China’s current energy crunch is due to its reluctance to pay high current LNG prices and its political dispute with Australia that has cut the supply of coal and LNG. This has forced China to curb certain energy-intensive industries activity. While a temporary solution, this is not a long-term solution. How China meets its future energy needs may be bad news for the climate change movement. Given its large number of coal-fired power plants, and its building many more, China will disrupt climate activists’ push for net zero emissions by 2050.

The global natural gas industry has gone through an interesting transition. The U.S. has emerged as one of the three top global suppliers of natural gas crossing borders, joining Russia and Qatar. In the U.S., natural gas supply has grown, but domestic consumption lagged, allowing LNG exporters to ship more gas into the global market. Although the LNG industry was hurt by Hurricane Ida that shut down the Gulf of Mexico and export terminals, both are recovering. LNG shipments are at a peak given the $20/Mcf arbitrage with international gas markets. Expanding LNG export volumes will not happen until 2023. Therefore, continued growth in domestic gas production will likely cap gas futures prices in the $5.50-$6.50/Mcf range. Near-term futures prices will move on weather news. Longer-term gas prices will be driven by new well drilling activity and price competition between coal and gas for power generation. Ultimately, growing LNG export capacity will drive gas prices from the second half of next year onward. Given the tightness of the global gas market, be prepared for unexpected events to impact futures prices.